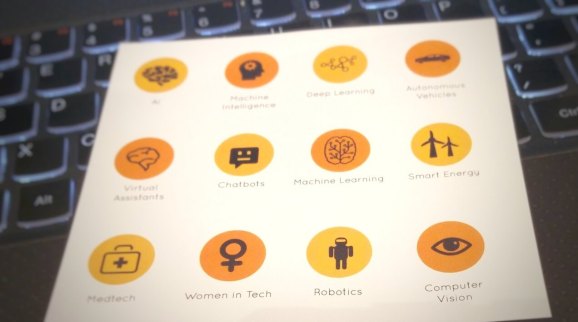 Announced in late 2016, the fund is backed by Larnabel VC, the venture arm of the Gutseriev family, one of the richest in Russia, and VP Capital, the investment vehicle of Belarussian businessman Viktor Prokopenya.

The joint fund is sector-agnostic. “We are interested in a wide range of companies that apply AI technologies in interesting, unique, and impactful ways. We don’t restrict ourselves to specific industries or sectors. We are interested in every application of artificial intelligence, from fintech to entertainment, to education, and beyond,” Prokopenya told East-West Digital News.

Technologies from all around the world are potential targets “as long as they have a world-class team and are building a global product,” Larnabel VC Managing Partner Eldar Vagapov added.

The round, in which GVA Capital (the investment vehicle of Russian businessman Magomed Musaev) also participated, amounted to $16.7 million, as reported by Russian venture blog tech blog Firrma.ru.

Astro Digital’s technology enables users to easily search for and process images of the Earth’s surface so that they can monitor specific areas and analyze changes over time. The company is planning to launch a series of satellites with high-definition and broad coverage capabilities later this year in order “to monitor and gather multi-spectral images of the Earth’s surface on a daily basis.”

AI revenue may reach $36.8 billion worldwide by 2025, according to Tractica and Statista

Such technologies will provide businesses and organizations with the data and analysis needed to make informed decisions, says Prokopenya. “By using Astro Digital’s satellite imagery and artificial intelligence algorithms, researchers can gain access to the type of valuable data and analysis that will help them make meaningful, informed predictions across the natural, urban, and business arenas,” he said.

Astro Digital, which has its office is the NASA AMES Research Park in California, was cofounded by Mikhail Kokorich. This Russian serial entrepreneur, who studied physics at the Novosibirsk university some 20 years ago, has been involved in businesses across a myriad of industries, ranging from manufacturing and chemical services to retail, which he claims exceed $1 billion in revenue. He is the founder of Dauria Aerospace, a space company which aims to “transform the industry with a cloud-based, low-cost satellite technology solution,” while he also works as chief strategist at San Francisco-based startup Spectafy Labs.

Launched last year in Minsk, Belarus, Banuba already employs 30 programmers and has several patents in the USA, according to Firrma. Based on neural network models and advanced machine-learning algorithms, its technology can reveal and recognize objects and face expressions in real time. It can also modify and augment their forms using filters and video effects. The startup believes its technology will be used in the field of emotion recognition, entertainment applications, and education technologies.

The new AI fund is also open to global collaboration opportunities. “We have good relationships with angel investors and seed funds all over the world. They show us their portfolio companies when these have reached the required level of development,” Vagapov said.

Among the numerous Russian investors plowing money into artificial intelligence is billionaire Roman Abramovich. Earlier this month his fund Impulse VC led a $10 million round for LoopMe, a U.K. AdTech startup which uses AI to optimize mobile video advertising.

On the corporate side, Sberbank, the Russian national savings bank, has just inked a research and development partnership on data analysis and artificial intelligence with top Moscow universities, just weeks after Yandex launched a machine intelligence and research division.