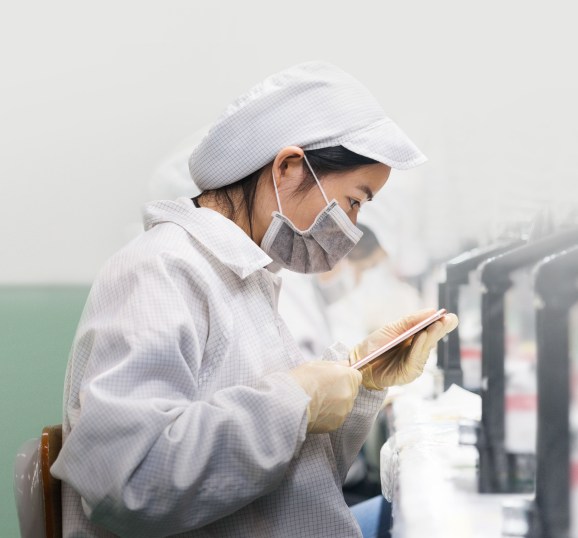 Apple today will release its 11th annual audit of its suppliers, which reports that 98 percent of its 705 suppliers were adhering to the rules regarding 60-hour work weeks.

The company said in a press release preview that it tripled the number of suppliers in its energy savings program, resulting in a reduction of 150,000 metric tons of carbon emissions. Apple also said it trained more than 2.4 million workers on their labor rights last year.

“Apple believes everyone in its supply chain deserves dignity and respect,” the company wrote in the report. “From stricter standards to improving working conditions and protecting the planet, Apple raises the bar higher for its suppliers and the industry.”

The report is a closely watched annual update from the world’s most valuable company, which had faced heavy criticism for the working conditions and environmental impact across the sprawling supply chain that makes its iPhones, iPads, and MacBooks.

As chief operating officer, Tim Cook was the architect behind the global supply chain that played a critical role in Apple’s resurgence last decade, when hits like the iPhone triggered massive demand. But after taking over as CEO in 2011, Cook faced mounting pressure amid allegations that workers throughout Apple’s supply chain were subject to brutal working conditions, low wages, and unhealthy environmental conditions.

In early 2012, Cook responded by announcing a more aggressive auditing program that included independent observers. He also made personal visits to overseas partners and promised Apple would seek to leverage its influence to improve conditions.

Apple remains a central focus of question around outsourcing labor and manufacturing. The company, as a result of detailed audits, can justifiably say it is far more transparent about the state of its supply chain than most other technology companies. At the same time, Apple found itself in the crosshairs of President Trump during the campaign last year, when Trump blasted Apple’s decision to have its products manufactured outside the U.S.

In the latest report, the company will note that it expanded its fight against so-called conflict minerals “to include cobalt for the first time.”

“For the second year in a row, 100% of Apple’s tin, tungsten, tantalum, and gold (3TG) smelters and refiners are participating in independent third-party audits,” the press release reads. “Apple has also partnered with numerous NGOs to drive positive change on the ground, including Pact who are working to provide essential health and safety training to artisanal mining, and are building programs to help children stay in school.”