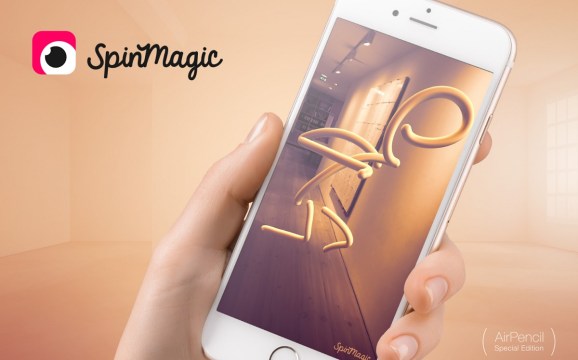 SpinMagic lets you take real-world images and draw on them.

Adtile Technologies has launched SpinMagic, an augmented reality app for the iPhone that lets you turn your smartphone into a virtual paint brush.

San Diego, Calif.-based Adtile said that SpinMagic can capture your spatial 3D movement and enable you to share it in photos or seven-second videos through messaging and social media. You can modify the 3D images that you capture using the drawing and effects tools.

The company said that SpinMagic takes the fun of using VR drawing tools like Microsoft Paint, Oculus Medium, or Google Tilt Brush without a headset and makes it available on your iPhone for free. SpinMagic allows you to draw shapes in 3D on your phone and add them to images and videos. 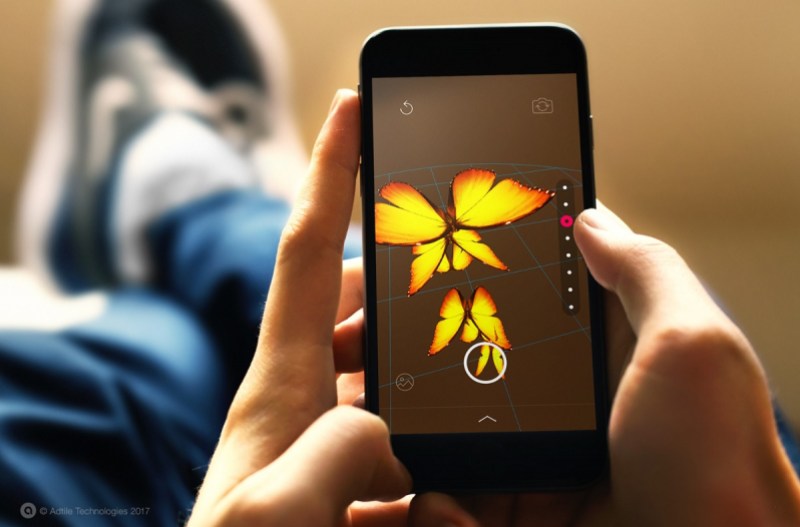 While virtual reality and AR apps are abundant, Adtile believes SpinMagic is unique because it is so easy to use on a smartphone, which allows you to combine the real world with your imagination on the iPhone screen. I saw a demo a while back at a VentureBeat event, and it is finally available now.

Using SpinMagic’s animation filters, users can change the original AR line they drew into glitter, butterflies flapping their wings, hearts that twirl, and more. The 3D graphics allow users full control over creating unique spatial animations. As you move your video camera around, the 3D image moves as well, highlighting different views in the video. Once you have captured the video or photograph, you can choose from several different filters. 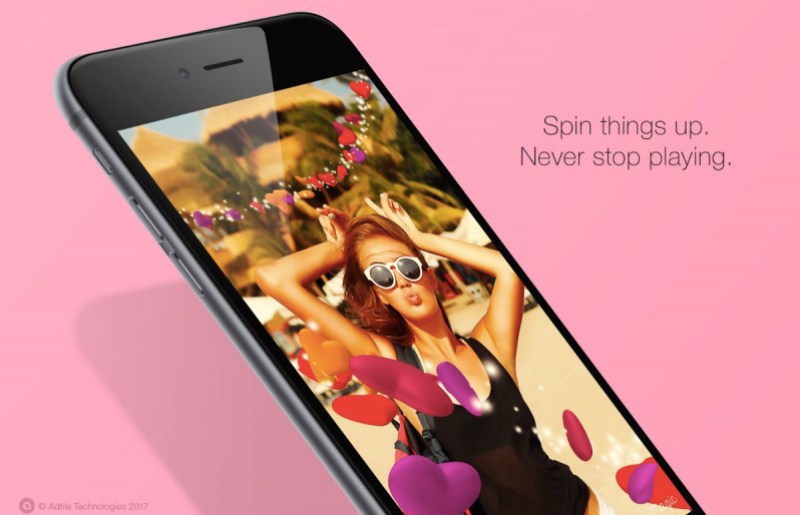 Above: SpinMagic lets you combine 3D imagery with special effects.

“We are adding artistic flair into something very abstract. The user doesn’t need to know how to draw in air. The app literally does the magic by itself. SpinMagic turns your space into playful masterpieces of self-expression,” said Nils Forsblom, founder of SpinMagic and Adtile Technologies, in a statement.

SpinMagic was developed using Adtile’s MotionStack, the company’s core technology built to simplify the process of developing sensor-based motion experiences on mobile devices. MotionStack works with sensors in smartphones designed for very specific tasks — such as understanding accurate device orientation or counting your steps — to let you create art through movement while capturing it on your mobile device.