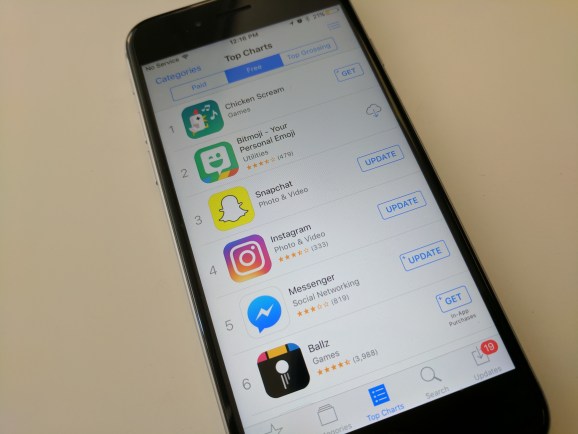 Apple has stepped up its efforts to stop developers from promoting the price of their apps in app names and screenshots. For the past month or so, Apple’s iTunes Connect service has been blocking submissions to the App Store or Mac App Store when app metadata includes pricing information.

The change could have consequences for those who push free apps in the iOS and macOS stores and are trying to stand out from similar free apps. For years, developers have mentioned “free” in apps’ names. Apple has previously discouraged developers from doing so in its developer guide for iTunes Connect and its overview of App Store product pages. Now the company has gone further. This is the error message you’ll see if you mention “free” in the name of an app build that you submit for review:

Your app’s name, icons, screenshots, or previews to be displayed on the App Store include references to your app’s price, which is not considered a part of these metadata items.

Chris Apostle, chief revenue officer at mobile marketing company Moburst, told VentureBeat in an email that the company found out about the change while working with its customers’ iOS apps. The company typically inserted the word “free” in a given app’s name and screenshots, but then app updates with that content started getting rejected, he wrote.

An Apple spokesperson confirmed the changes but declined to comment further.

Despite the change, some apps in the App Store and Mac App Store continue to use the word “free” in their names or in screenshots. Updates containing that same information are likely to be rejected in the future.

Google’s Developer Program Policies for Google Play don’t explicitly restrict apps from making allusions to price in the name and other metadata. Microsoft’s Windows Store Policies also don’t say anything about whether names and other metadata can include pricing details.