Tesla often hides surprises—or Easter eggs—when it releases a new software update for its Model S and Model X vehicles. The latest, shared by CEO Elon Musk via Twitter, allows Tesla owners to turn their vehicle’s touchscreen into a sketchpad.

Once owners download the 8.1 software version, they can try out the new feature, which is enabled by double tapping the “T” on the vehicle’s center screen. The touchscreen—normally where the entire infotainment, including navigation and climate controls are displayed—turns white. A marker, pen, or eraser can be chosen as well as a color wheel to create a drawing. Users can also control the size of the drawing implement.

Once the drawing is complete, users can hit a publish button and are asked a question: “Are you sure want Tesla to critique your artistic masterpiece?” Users then hit one of two buttons: “Yes, I’m an Artist!” or “No, the world isn’t ready for my art.”

Musk shared his creations, which he posted on Twitter Wednesday evening. One drawing shows what magical resource might be powering Tesla vehicles—at least in Musk’s imagination; the other depicts Mona Lisa. 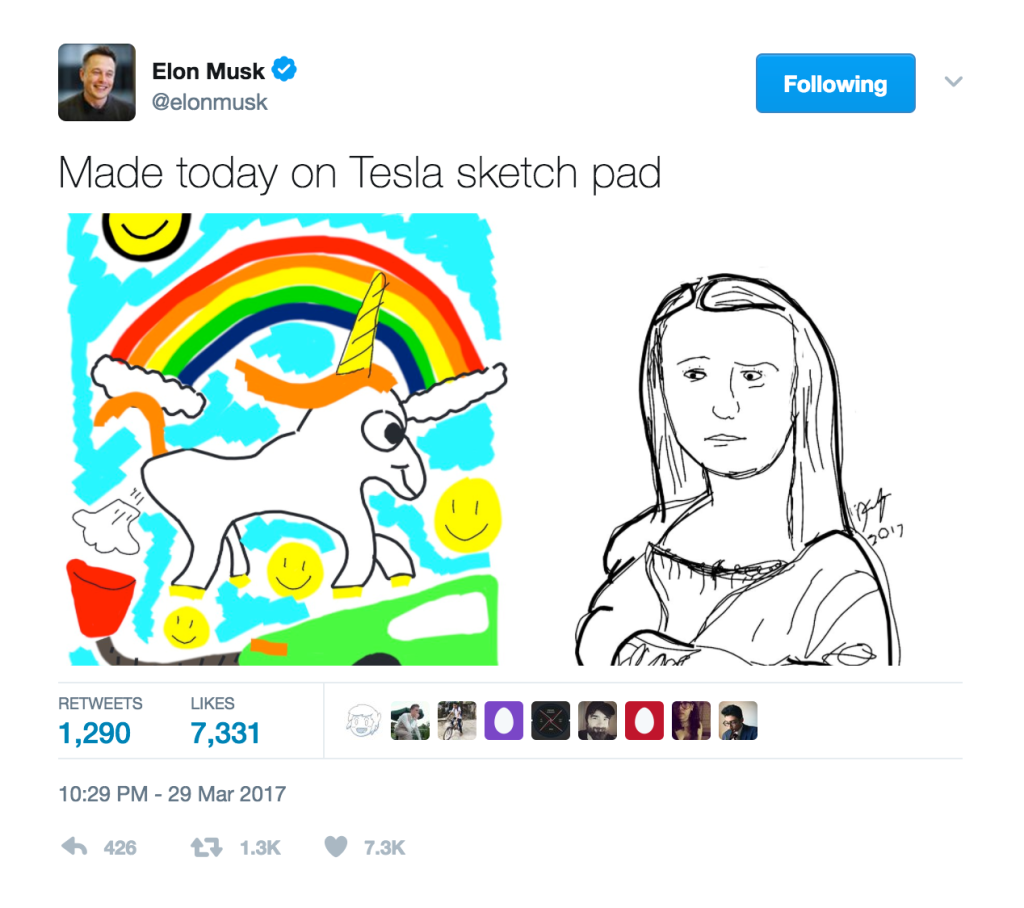 Tesla began rolling out its latest software update on Wednesday to vehicles in North America. The update provided some improvements to older Tesla vehicles, a standard practice of the company. However, the bigger, or more anticipated release, was new Autopilot 8.1 software, an update that delivers new semi-autonomous driving capabilities to Model S and Model X vehicles built since October 2016, when Tesla started producing electric vehicles with a more robust suite of sensors, radar, and cameras called Hardware 2. The Easter egg was contained in the 8.1 software.

The Autopilot software in Tesla’s Hardware 2-equipped vehicles will eventually—once it’s been properly vetted and meets regulatory approval—allow the cars to drive autonomously without human intervention.