Twitter is launching several updates today relating to Periscope that not only improve discovery of broadcasts, but provide additional insights into who’s actually watching them. Starting today, live videos can be watched within Moments, offering users more ways to tell a story about a particular event.

To provide broadcasters with more details about viewership and engagement, Twitter is rolling out a new dashboard and activity tab with enhanced analytics beyond what average users have.

Twitter Moments provides a good way for people to communicate what’s going on at an event — it’s the native version of Storify. Until now it was limited to GIFs, links, and tweets, definitely not live video. But that’s changing. Now when you create a Moment, you can insert a live or recorded broadcast. So imagine if you’re at a rally, protest, or other news-making event — you can include tweets from those in attendance, videos embedded into those tweets, and your first-person eyewitness account on the ground. Or maybe you want to include someone else’s live video. The new abilities are likely to provide a more comprehensive story about what happened. 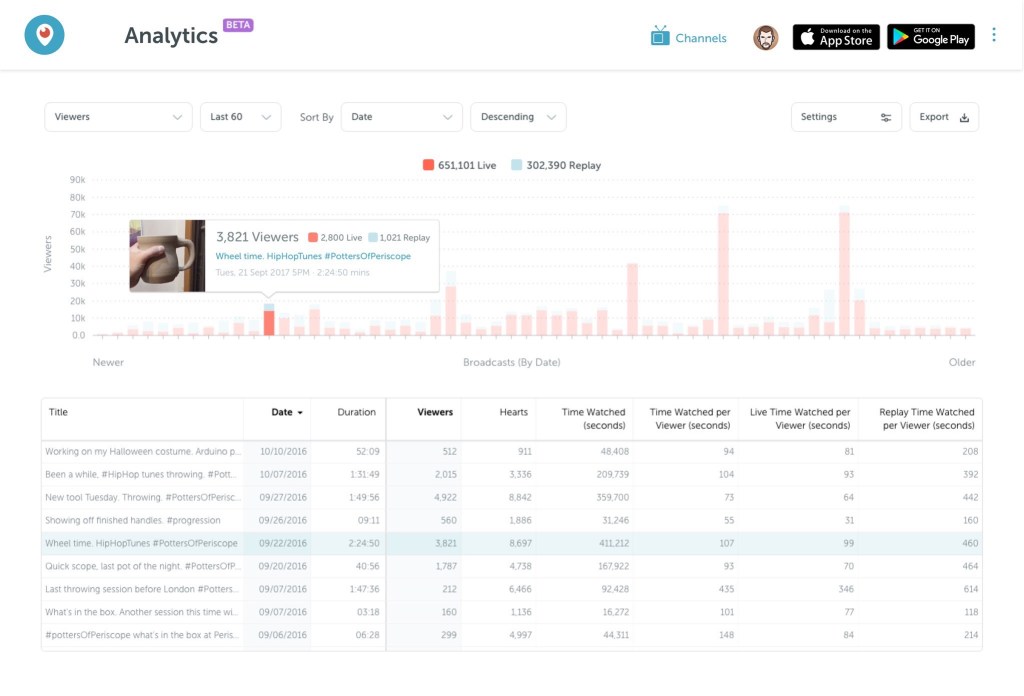 Anyone who broadcasts already receives analytics around their live videos, but it was limited to seeing who watched it live or as a replay. Twitter is giving content makers more robust metrics, such as video duration, total viewers, hearts, total time watched, total time watched per viewer, and more, with each broken down based on views for live or recorded. These new analytics will be available only through Periscope’s website.

An activity tab has also been added that shows you details similar to the notifications tab within Twitter. You’ll find out who followed you, who watched a video, and other activity-related insights. More monitoring will be added in the future. You can find this new tab in Periscope’s iOS and Android apps.