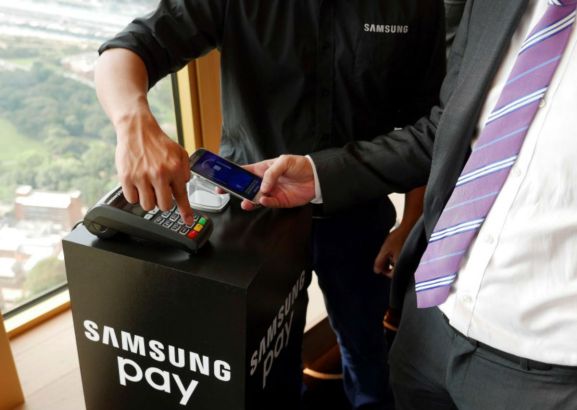 Samsung has announced a new partnership with Visa that will open up Samsung Pay users to online merchants through Visa Checkout.

Visa Checkout first launched as a PayPal-style online service back in 2014, enabling payments in just a few clicks through myriad online merchants, including Pizza Hut, United Airlines, and Staples. A year later, the service was available in more than 15 markets globally.

Samsung Pay has been compatible with online payments in the company’s native Korea for a while already, while last year Mastercard announced it was extending its support for Samsung Pay, Android Pay, and Microsoft Wallet through its own online Masterpass payments service.

Kicking off later this year, Samsung Pay users will be able to shop at online merchants that accept Visa Checkout. This means users will be able to conclude a transaction by tapping a co-branded Visa Checkout / Samsung pay button using nothing more than fingerprint authentication. In terms of removing the friction from the payments process, this is about as good as it gets really, as it does away with the need for usernames, passwords, or any other form of authentication.

“Our partnership benefits not only Samsung Pay users, but also hundreds of thousands of online merchants who are looking for effective ways to increase their checkout conversion rates,” said Injong Rhee, CTO of Samsung’s mobile communications business, in a statement.

Samsung isn’t the first mobile payments system to integrate with Visa’s online payment setup. Back in October, when Google announced its Mastercard Masterpass integration, it also revealed that Android pay was coming to Visa Checkout.

Today’s news comes a week after Samsung Pay was rolled out in India, beating both Apple and Google to the punch.

Samsung Pay launched in its native Korea in August 2015 and has since landed in the U.S., China, Spain, and a number of other European, Asian, and Latin American countries. India represented Samsung Pay’s 14th launch market.