Switzerland may be known for its neutrality and discretion, but some Swiss startups are embracing the entrepreneurial ways of Silicon Valley. Last night, 16 of these Helvetic entrepreneurs pitched their companies in front of 150 people at the first Swiss Startup Summit.

The event took place at Swissnex’s San Francisco hub, a renovated cargo hangar on Pier 17, furnished with stylish Vitra furniture. Although this wasn’t a startup competition per se, and no cash or equity prizes were awarded, the Swiss founders nonetheless pitched a jury of seasoned investors who included Toni Schneider of True Ventures, Shardul Shah of Index Ventures, and Sand Hill Angels’ Terri Mead.

True to Switzerland’s democratic voting system, the winning startup was picked by the audience members, who cast their votes on a piece of paper. The winner, CatchEye, was awarded one month of coworking space at Swissnex San Francisco and/or the Swisscom outpost in Menlo Park. While this may not compete with an equity investment, the ability for a Swiss-based startup to work (for free) and network for a month in the Bay Area is invaluable.

CatchEye’s pitch was an interesting one. Based in Switzerland, the startup wants to change the way video calls are made by enabling eye contact, improving the lighting, and blurring the background. Regular Skype users know how awkward it can get when they’re chatting with someone without actually looking at them.

The startup’s software is available for integration into existing hardware or software, such as webcams or video call applications on Microsoft. And the team is working on getting its software onto the Apple platform as well. Although CatchEye’s cofounder and CEO, Claudia Plüss, discussed licensing her company’s tech to larger companies during her pitch, the jury was unanimous: This is big enough to be a product of its own. 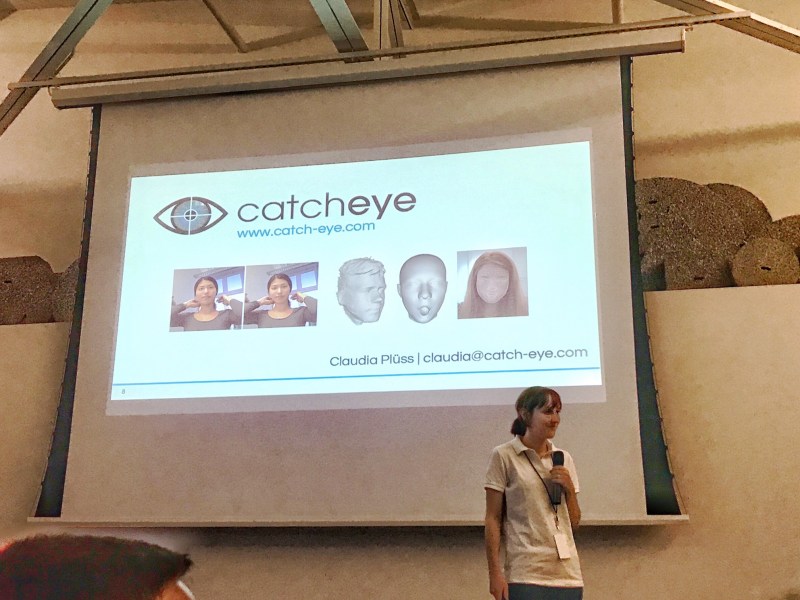 Above: CatchEye’s cofounder and CEO, Claudia Plüss, pitching at the Swiss Startup Summit

The runner-up was Piavita, cofounded by another woman, Dorina Thiess. The CEO described her product as medtech for animals. “The veterinarian sector is stuck in the dark ages,” she said.

To give it a boost, Piavita developed a palm-sized measurement device that monitors the vital signs of animals under care, for pre- or post-surgery, critical care, or night care. It is currently being used on horses, but Thiess explained that the device can be adapted to dogs, cats, and other animals by updating the software.

Terri Mead of Sand Hill Angels pointed out that the pet tech sector is booming, something CB Insights recently highlighted. Piavita is looking to raise $6 million and attracted interest from investors at the event.

“I am really interested in pursuing Piavita,” wrote Alexander Fries, managing partner at Polytech Ecosystem Ventures, in an email to VentureBeat. “But it’s not just up to me, I have two other partners that need to agree on an investment.” Fries, who was one of the judges last night, said that Swiss startups are less about “internet” ideas and more about the physical aspect of technology, namely hardware. 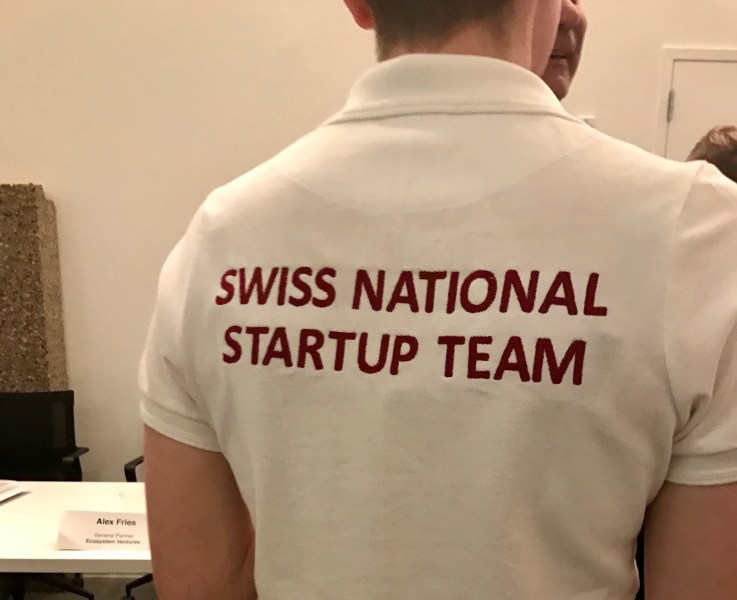 Above: One of the entrepreneurs sporting a Swiss National Startup Team t-shirt at the event

When I interviewed Index Ventures’ Shardul Shah, he also seemed impressed with Piavita. “It has all the characteristics that we look for in our investments: an entrepreneur with global ambition, focus on an insertion point into a market, and a business model that can capture different portions of market sharing and be dominant in it,” he said.

When asked whether Swiss startups need to relocate to Silicon Valley to scale and succeed, Shah didn’t seem to think so. “Index actually started in Switzerland,” he said. “Some of our consumer investments, like HouseTrip, were born there.”

At the end of the day, there isn’t a Swiss recipe for success. Even though Switzerland has an overflow of capital, the landlocked European country is only gradually beginning to understand how to convert this capital into risk capital.

While seed money for Swiss startups is relatively easy to get through entities like the Commission for Technology and Innovation (CTI), growth capital is harder to find. This often leads Swiss startups to relocate to the U.S. or get acquired by U.S. companies. This was the case with Faceshift, for example, which Apple bought in 2015. Magic Leap also went shopping on the Swiss market and recently bought the 3D division of Zurich-based Dacuda.

With only one unicorn on its startup map — MindMaze — Switzerland still has a way to go to become an aggressive competitor. But the tech is promising, and the money is there.