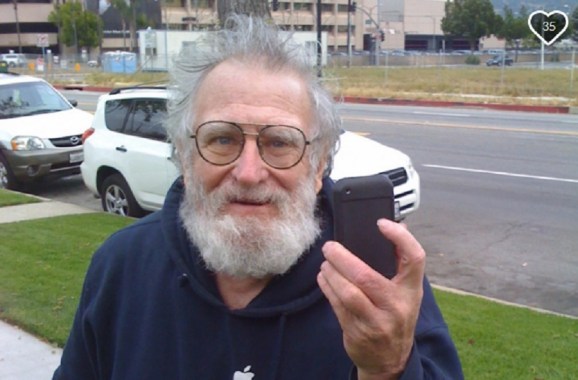 John Draper, the legendary “phone phreaker” known as Cap’n Crunch, had surgery last week to deal with a degenerative spinal disease, and his friends are raising money on GoFundMe to help cover the medical bills.

Draper worked with others in the late 1960s to hack the AT&T phone system using a toy whistle that came from a Cap’n Crunch cereal box. The whistle emitted a tone at 2600 hertz, which happened to be the same tone AT&T used to reset its phone lines.

Draper became famous for the stunt, which conferred on him the Cap’n Crunch alias. His efforts marked the beginning of the anti-establishment culture that grew up around computer hacking. He was profiled in Esquire magazine in 1971, and that article inspired Steve Wozniak to invite Draper for a meeting. Draper showed up at Wozniak’s dorm room and taught him and his friend Steve Jobs how to build a “blue box,” or a device that would hack the network and give the owner free phone calls.

“If you entered that start tone, it worked everywhere,” he says in the video below. “It was not like a fluke in a local exchange.”

Wozniak and Jobs later went on to found Apple computer. Crunch is now in his 70s and is hospitalized in Las Vegas.

On Draper’s GoFundMe site, friends said the surgery involved the removal of one of his ribs in a complicated procedure. Draper said in a Facebook post on Sunday that he was OK after the surgery, but couldn’t write and was only able to communicate using Siri’s voice commands. The surgery will likely require four to six months of recovery and requires a lot of home care. His friends are trying to raise $15,000.

“Without this funding, he will not be able to maintain a normal life or care for himself. He will be bedridden most of the time throughout the recovery process,” the friends wrote. “The Crunchman will have limited access to his computer and if the funding is successful, he will try to arrange a way to access his computer from his bed.”

Draper also faced life-threatening surgery in 2014, and I visited him in a Las Vegas hospital room. He needed help moving from the hospital to another place. I helped him move, but he was unable to do an interview at the time.

Draper is actually on the final legs of completing a new book.

“My co-author and friend Craig Wilson (craig@popfutura.com) will be reading my wall,” Crunch wrote on Facebook.

Here’s a film of Draper talking about his exploits at an event in Krakow, Poland.