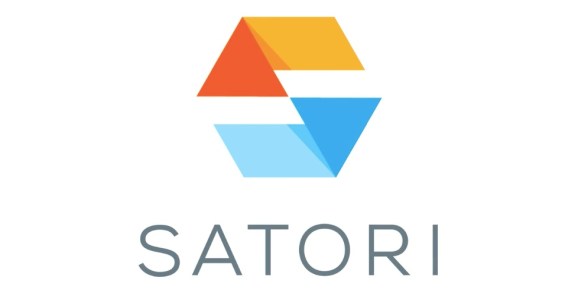 MZ, whose live-data streaming technology helped secure it a leadership position in mobile games, today is launching an open version of the technology to give developers access to massive amounts of data.

The open data project, called Satori, is significant because it aims to be the first platform to extract the world’s feeds of public information from siloed sources, and then publish them in an easy format for developers to filter and manipulate — for free. That format is a single, real-time feed.

“Right now the state of open data is a mess,” said MZ CEO Gabe Leydon, who revealed the project to VentureBeat in a recent interview at his company’s Silicon Valley company headquarters. “It exists on thousands of siloed websites all over the world, making it difficult for developers and open data publishers to realize the full potential of public data.”

For example, Satori has already coalesced more than 5.5 million RSS feeds, and it continues to subscribe to every other RSS feed it can find. It publishes these feeds in a single stream, thus letting a developer, say, filter out news related to just President Donald Trump and taxes. Hypothetically, that developer could then offer a news app targeted to political junkies.

In another example of what it can do, the New Zealand city of Auckland used it to build a console on top of a livestream of information flowing from its 3,000 buses, including ticket sales, routes, schedules, and more. The console allowed Auckland to analyze and plan bus routes, and experiment with new ideas to increase ridership, like dynamic pricing.

Above: Example of Satori’s RSS offering

In an announcement today, MZ said it is also inviting developers to republish data sources on Satori. To encourage them, MZ has created a 90-day contest in which it awards $1 million in cash to developers who republish data that showcases Satori’s speed, scale, and “potential to positively impact people’s lives.” Any developer who knows SQL can use Satori.

MZ’s Satori is an extension of the real-time streaming platform RTplatform that the company announced last year.

In July, the company first demonstrated how New Zealand could use the platform to let people track taxis, buses, trains, traffic, parking spaces, and everything else related to the country’s transportation network.

Leydon explained that MZ found building that test project for New Zealand last year challenging because no standard existed to share such information over the internet.

For example, while Auckland offered an API to allow developers to subscribe to its busing information, the city’s other public information was governed by other APIs that used different standards.

Using the New Zealand transportation data, MZ also showed how it could let the city do computations on top of data after it was fused into a single stream. For example, a city operator could filter the data to show only info about bus route #14 to see how many people were on the bus at a given moment and whether the bus was where it is supposed to be.

With today’s launch of Satori, the company takes things a step further by open-sourcing the transportation, RSS, and other information it collected so that other developers can use it to build their own apps.

Leydon said the aim of the project isn’t to make money, at least not at this stage.

He said the real-time feed technology initially drove the success of both MZ’s Game of War mobile game and its marketing platform. Leydon said he and MZ’s employees felt good letting it be used for meaningful societal projects.

MZ  expects to make no money from most projects using the data. It anticipates generating income only from developers using Satori for white-label apps using private data. In cases where an app developer uses large-scale data with multiple bots, MZ will also charge a fee to cover computation costs, Leydon said.