Jeff Dean, the brain behind Google Brain, will be one of the premier speakers at VentureBeat’s exclusive VB Summit, Riding the AI Wave, taking place June 5-6 at the luxury Claremont Hotel & Spa in Berkeley, CA. Early-bird pricing at 50% off ends April 14. Register here.

The future of Google is artificial intelligence, Google CEO Sundar Pichai has said. Jeff Dean, co-founder the Google Brain project, believes AI is the future of all business.

“I think it is really important that companies understand what is now possible that wasn’t possible five or six years ago, and really embrace that and figure out how they can make that work for their business,” Dean said last year. “The more forward-looking companies will be happier that they have started to think about this.’’ 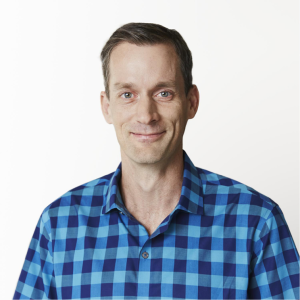 As Google Senior Fellow and the lead of the Google Brain research project, Dean has been leading the charge toward integrating AI and machine learning into the core of Google’s offerings, with the application of terabytes of data and neural nets that learn to recognize patterns and emerge with insights humans could not have predicted. Since the project’s founding in 2011, Dean’s research team has helped transform a swath of Google’s products, from YouTube, to translation to photo recognition.

Google Brain is proving that artificial intelligence can solve problems that confounded conventional efforts for decades.

At Google, Dean became a legend as one of the company’s first employees and the architect of most of the technology that underlies the massive Google machine.

The projects he was instrumental in developing — MapReduce, BigTable, and Spanner — aren’t the sexy products consumers are most familiar with. They are, however, the programs that make up the foundation of Google’s intelligence as we know it — and, of the modern web in general.

MapReduce, which parallelized the processing of huge data sets, freed up Google programmers to try things they might not have previously attempted. MapReduce quickly became the industry standard and makes up the underpinning of Hadoop, the open-source software that allows scalable, distributed computing and introduced the phrase “big data” to the industry.

Dean also developed the distributed data storage system called BigTable that can handle petabytes of data; Spanner, the “world’s largest single database,” took it a step further. It’s designed to seamlessly operate across hundreds of data centers globally, on millions of machines and through trillions of rows of information—and is how Google can offer a stable web service to a worldwide audience.

And the projects he’s working on now have the potential to revolutionize information technology once again.

Four years ago, Google Brain’s major triumph was a brain simulator able to teach itself how to search for cats in YouTube videos. Now projects range from teaching computers how to translate foreign languages to creating art and writing music.

One of Dean’s top interests is speech recognition, using deep learning to recognize speech in a wide variety of contexts. Machine learning models can already understand sentence-length pieces of text, with the ability to process and understand long chunks of text just on the horizon.

His other pet project is transforming healthcare with AI, to offer second opinions and drive better outcomes. Applying pattern recognition to medical images is showing tremendous promise in detecting anomalies that the naked eye, even an expert one, might miss.

To date, Google Brain has created more than a thousand deep learning projects with tremendous potential.

“One of the great things we have seen in the past five years is that you can see the possibilities of using this in nearly every business,” Dean said recently. “Some companies are pretty forward-looking and are putting together small teams to investigate how to improve their business.”

“When Graham Bell invented the telephone, he saw a missed call from Jeff Dean.”

This year, Jeff Dean, the brain behind Google Brain, will be one of the premier speakers at VentureBeat’s invite-only event, VB Summit. Industry leaders and innovators will tackle the massive disruption AI and machine learning is creating across the digital ecosystem — and how companies can take advantage of the opportunities that emerging from the cracks. Join senior technology, innovation, brand, and marketing execs to learn how organizations can adapt, transform, and disrupt in an AI-fueled world. Register here to take advantage of the early-bird price ending April 14.