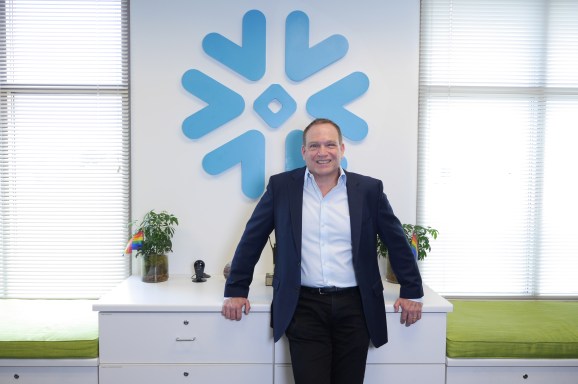 Snowflake Computing, a startup that offers a cloud-based data warehousing service for holding and querying data that analysts can later analyze with business intelligence (BI) tools, is announcing today a $100 million funding round.

With Snowflake, which has a free tier but generally costs as little as $23 per terabyte of data per month, users can run many queries, while also exploring raw data. Command-line tools are available, as well. After finding the right data, users can then send it to business-intelligence (BI) applications for visualization and further analysis.

Snowflake has become something of a success story as a lower-level cloud software provider, picking up some business from old-guard data warehouse hardware and software players like Teradata and IBM’s Netezza, and it has also attracted customers that have elected to graduate from Redshift, the data warehouse service from public cloud market leader Amazon Web Services (AWS). But AWS is a partner of Snowflake’s, as the startup depends on AWS for its underlying infrastructure. The company could well make its service available atop the Google and Microsoft clouds if there’s enough customer demand, chief executive Bob Muglia told VentureBeat in an interview.

“In many cases, Snowflake is the only product that’s viable for customers to move to,” said Muglia, who spent around 23 years at Microsoft earlier in his career, rising to the position of president of the company’s Server & Tools group. “Customers demand a level of scale that Redshift just can’t do. We can scale to a large number of queries — hundreds and hundreds. Because we’re just a very large cloud service, we throw the power of the cloud at running things at the same time. Every single day, we run almost 20 million queries a day.”

Given the product’s strong track record, Snowflake could have gone to lots of investors for more money as it looks to expand. In the end, it settled on Iconiq Capital to lead the round, with Madrona Venture Group also participating.

Iconiq is a bit of a mystery in Silicon Valley, as it isn’t your typical VC firm. In addition to its growth equity funds, Iconiq is a multi-family office that invests on behalf of certain influential families in an advisory capacity. Mark Zuckerberg, Sheryl Sandberg, Sean Parker, and Jack Dorsey are among the group’s clients, according to CB Insights. The firm has invested in 38 companies, five of which have gone public. Current investments include Alteryx, Datadog, and Fastly.

“There are some strong secular trends that we find very interesting right now around the growth of data and analytics and the continued growth of data in the public cloud,” Iconiq general partner Matthew Jacobson told VentureBeat. “We see Snowflake, with a deep technology focus and a rich IP stack, as being very well-positioned with regard to these trends.”

Snowflake was founded in 2012 and is based in San Mateo, California, with 175 employees. The startup has 450 customers, including Adobe, Pfizer, Localytics, and the University of Notre Dame. To date, Snowflake has raised $205 million, including the $45 million round from 2015. Previous investors include Altimeter Capital, Redpoint Ventures, Sutter Hill Ventures, and Wing Ventures.