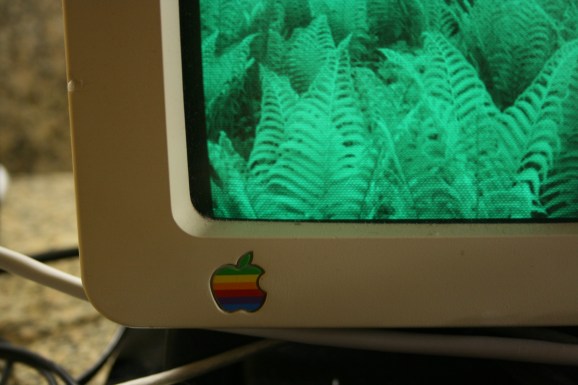 It wasn’t until Apple created the Apple II, specifically marketed to the masses, that computers began to penetrate the American market.

Computers, like many other technologies, were originally made for the 1 percent.

More than 50 years ago, people would be as likely to touch a computer as to perform brain surgery. It wasn’t until Apple created the Apple II, specifically marketed to the masses, that computers began to penetrate the American market. And it wasn’t until many years afterward that computers (including tablets and smartphones) became truly present in the global market.

The trajectory of computer usage and popularity is directly related to the evolution of the computer’s user interface (UI). Before 1980, humans and machines interacted through command-line interfaces, then it became graphical, and then we moved into touch with the smartphones. Next, I predict we will accomplish greater global market penetration through conversational interfaces. The reason is simple: A touchscreen can still be daunting to some, but everyone knows how to have a conversation.

Interfaces move from command-line to conversational

In 1980, 44 percent of the world was illiterate. In 1984, only 8.2 percent of U.S. households had a computer. These two statistics are not unrelated: At first, computers required high levels of expertise to operate, which meant that only those who were both highly educated and fairly wealthy could get even a marginal amount of use out of them. Operating a computer meant learning an entire language — there was (and still is — think: coding) a usage barrier for the majority of the population.

Starting in the ‘80s, UIs became graphical. People had to learn how to use a mouse and a keyboard, but they could see the input and output on the computer screen. At its most sophisticated — the laptops we use today — this system’s learning curve is dramatically lower than the UI of 20 years ago. That said, for older people and people in developing countries, learning how to use a mouse and keyboard is still a fairly massive usage barrier.

Enter the touchscreen. This user interface has actually helped with the age barrier that graphical interfaces came up against. Tablets are extremely popular with seniors — much more so than with younger generations. And it’s not difficult to figure out why. With the combined advantages of size (larger than a smartphone) and the touchscreen interface, seniors run into fewer barriers to learning the rules of the machine. It’s an important factor for the elderly, as one’s ability to learn new systems declines with age.

And now for the finish line: conversational interfaces. Think of any sci-fi movie made in the past 40 years. From Blade Runner to 2001: A Space Odyssey to Her to iRobot to Star Wars — they all include conversational interfaces. It is the holy grail of UI. While a large percentage of the world’s population may still be illiterate (26 percent of adults), most of those adults can speak. This is the final hurdle in UI: making computers where the only input needed is your voice.

More than 34,000 bots have been built since Facebook Messenger opened its platform to bot developers back in April, and it’s likely that this number will double by the middle of 2017.

From immigration assistant bots to weather bots to personal shopping assistant bots, businesses have leaped at the opportunity to embrace this new medium. As I’ve written about previously, chatbots offer both myriad opportunities and myriad pitfalls. They are essentially acting as a trial run for truly conversational interfaces, as many of the issues that we’ve seen with them (being too spammy, misunderstanding requests, not being tailored to user preferences, etc.) would crop up for conversational interfaces.

These issues are already being replicated through systems like Alexa and Siri. Alexa, for instance, has encountered such mishaps as the infamous video in which a child requested a song and was instead given a string of raunchy and inappropriate curse words. Then there’s the time a news story about a kid ordering a doll house and four pounds of cookies through the system set off a random Alexa dollhouse shopping spree in homes around the nation. For conversational user experiences to work, a lot of natural language processing still needs to improve.

That said, chat — at least as a precursor to speech — is still conversational. That makes the usage barrier lower than other systems. Most people know how to text, even if they don’t know how to navigate the UI for various apps. For access-based industries, such as customer service and food delivery, chat will revolutionize the user experience.

The UI barriers that once existed (think of a technologically illiterate person attempting to use the GrubHub app) disappear when all you have to do is write back and forth with a bot.

Chat also offers a unique opportunity to simultaneously improve the customer experience while also cutting costs through automation. This doesn’t even necessarily mean chatbots; it means pre-populated messages, automatically directing the customer to the best person for their needs and rapidly addressing problems. Chat also reduces the likelihood of a customer just leaving a product because of a bad experience — the platform is less intimidating, and the customer is more likely to ask for help. Conversational commerce encourages the user to engage with the brand, which is precisely what access-based industries want.

For a while it’ll be chatbots, but eventually, as natural language processing becomes more sophisticated, we will see voice-operated conversation become the primary method of human-machine interaction. This is not to say that people will no longer message or text. For many reasons, one of them being privacy (iMessaging while at work, Slacking or texting while at a crowded restaurant), text will not die; it will just become a more personal method of communication. Just as phone conversations have been relegated to the realm of the highly personal, messaging via touch will be reduced to private conversations.

As I type this, I foresee a time where my WPM will no longer be a selling point — dictation will become the norm, and conversation will be the primary user interface.