Twitter has introduced Twitter Lite, a mobile browser-friendly version that caters to people who have to worry about slow mobile networks, expensive data plans, or lack of storage on their device. This compact version follows efforts by Facebook, Google, Microsoft, and others to improve accessibility to users worldwide, especially in emerging markets.

Twitter Lite has been optimized for speed. Product manager Patrick Traughber claimed it will launch 30 percent faster, and also includes quicker navigation. The app only takes up 1MB, but you’ll be able to view your timeline, tweet, send and receive direct messages, upload images, view profiles and trends, receive notifications, and more. However, video uploading is not supported, nor are Moments or live video (although they will be enabled shortly). 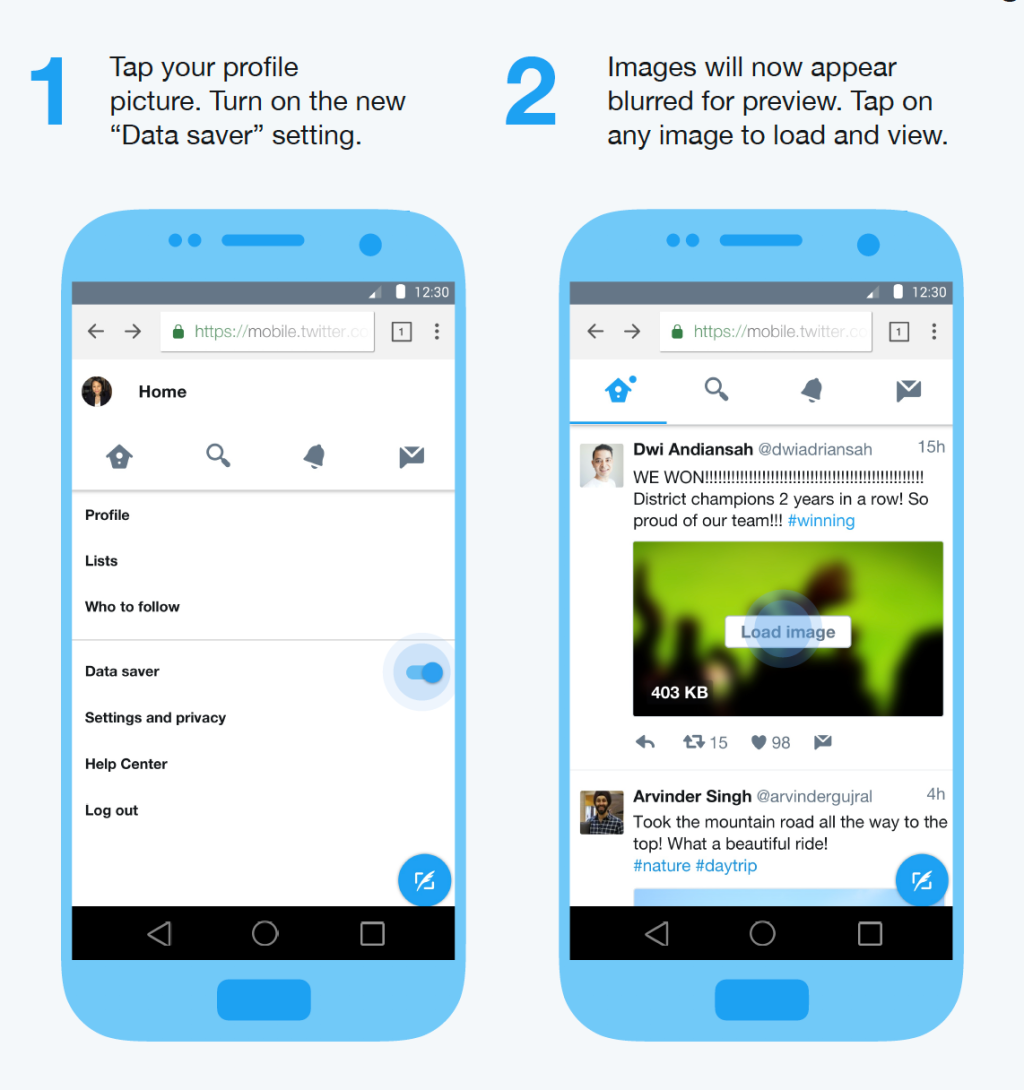 There’s also a data saver mode that, when activated, will reduce data consumption. It shows you a preview of the images and videos, and then lets you choose which ones you want to download. “This can reduce your data usage by 70 percent, making it more affordable for you to use Twitter in areas where mobile data is expensive,” Traughber promised.

Unlike Facebook, which has released special lite versions of its flagship and Messenger apps, Twitter made its lite version available through the mobile browser. It can be accessed through mobile.twitter.com on any smartphone or tablet. 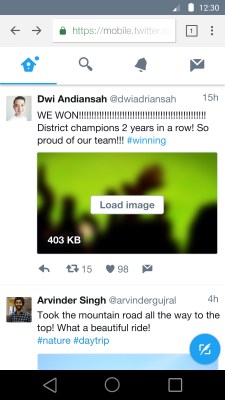 If you use Twitter Lite through the Google Chrome browser on Android devices, Twitter provides a variety of push notifications to alert you to what’s happening throughout the day. If you lose your signal, there’s also offline support, and a Twitter Lite shortcut can be added to the home screen of your device.

If you have unlimited data, Twitter Lite isn’t for you. It’s made for those in emerging markets like India, the Middle East, and Africa, which the company said are among the fastest growing markets in terms of usage. To accelerate growth, Twitter needed to find ways to encourage new users; with Twitter Lite, people who worry about spending too much money on data plans won’t have to be as fearful.

And it’s not just people in areas where data plans are expensive who will benefit from this new version, but also people in developed countries who just want a faster way to use Twitter in poor network conditions. After all, the longer you wait for something to load in the app, the more impatient you’ll become and the less battery life you’ll have remaining.

“Twitter Lite is a great way for many people in emerging markets across Asia Pacific, Latin America, and Africa to experience Twitter for the first time on their mobile devices,” Traughber said. “For example, today in India, we have partnered with Vodafone, one of the country’s largest telecom operators with over 200 million subscribers, to promote Twitter Lite to their 2G customers as a way to get live updates on matches, teams and players in the Indian Premier League as the cricket season kicks off.”

As Twitter continues its push to be the town hall for the masses, it’s also on a mission to eradicate any barriers that can cause frustration for both new and existing users. By helping to address a big need internationally, Twitter Lite could bring a bump in monthly active users, something the company desperately needs to impress investors.