Google’s great India charm offensive continues today with the news that the internet giant is finally opening its subscription-based music streaming service to users across the country.

Google Play Music first opened to Indian users last September, however it was limited to purchases and downloads. Now music fans in India can access an on-demand streaming service amounting to 40 million tracks, one that works in a similar way to Spotify and local favorite Saavn. 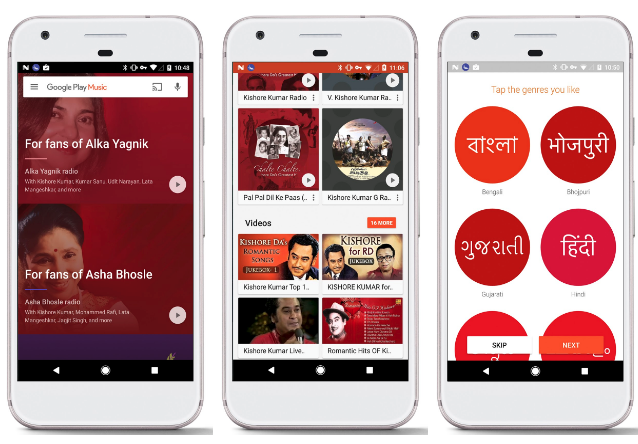 Interestingly, despite its market-leading 50 million paying monthly users, Spotify has yet to make it to India, though rumors have abounded for a while that India is very much in the company’s crosshairs. However, rival Apple Music has been available in India since launching a couple of years ago.

Google Play is the latest in a long line of products Google has launched in India, as technology firms battle it out to target the “next billion” internet users. Just yesterday, Google introduced its previously announced “offline first” YouTube Go app in India, the first market to receive the completely reimagined YouTube app. Elsewhere, Google has been rolling out Wi-Fi to hundreds of train stations across India, and it later announced Google Station to extend the program beyond railway stations.

The subscription music service is available on Android, iOS, and the web, and Indian users can sign up for a “discounted subscription offer” of 89 Indian rupees ($1.40) per month, a rate that’s available for the first 45 days only. Google doesn’t state what the full price will be.