Last month, Facebook continued its rollout of Snapchat’s stories feature across its properties, adding it to Messenger. But while many paid attention to its addition to the iOS and Android apps, the social media company has also added it to Messenger.com, the web version of the popular chat app.

The experience on Messenger.com is markedly different from what you’d get on Facebook Messenger’s mobile apps. Instead of seeing a constantly updated row of stories shared by people you’re connected with, on Messenger.com, you have to search for the individual to see if they shared anything. And the web version does not let you post anything, only view other people’s stories.

You’ll also be presented with an invitation to view someone’s Day within the chat box on Facebook.com, but if you click on it, the content will appear as an overlay on top of Facebook. 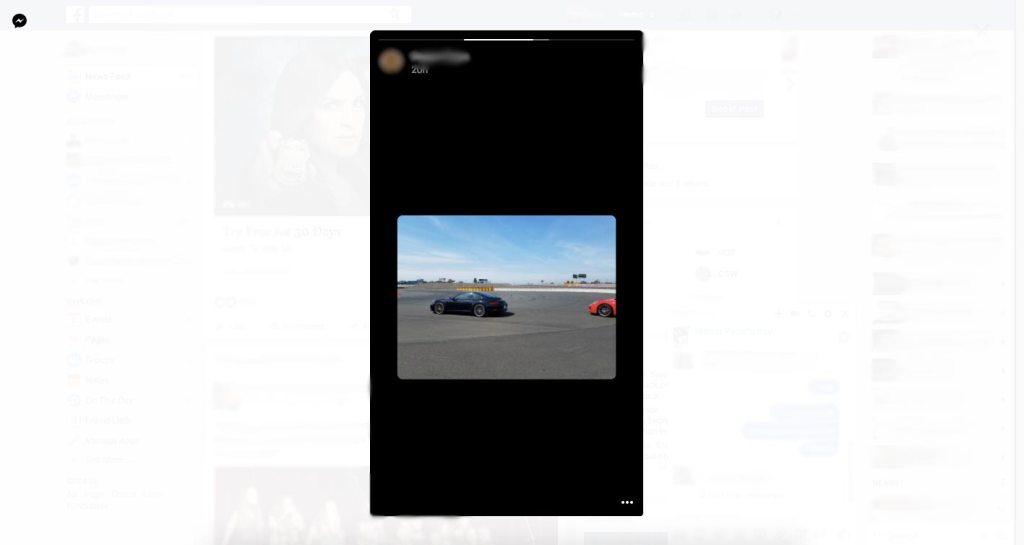 Above: Messenger Day stories can be viewed on Facebook.com and Messenger.com.

Unlike the mobile apps, the only way you’ll know if someone posted something in their Day is by looking through individual contacts — a row of new stories does not appear anywhere on the site. At the top of the dialog box, Facebook will display an inconspicuous message that says to “Watch [name]’s day.” You’re given all the same controls you would if you were viewing on a mobile device, including clicking to skip ahead in someone’s story and rewatching it for as long as it remains online.

Above: Notification on Messenger.com that someone has a new Day posted.

Offering a way to view these Snapchat-like stories in non-mobile environments is a first for Facebook, since you can’t peruse Instagram Stories or Facebook Stories on the web. It’s not surprising that Messenger Day on Messenger.com is view-only, because there’s more flexibility in creating stories through your smartphone or tablet than on your laptop or desktop computer. But there could be a chance that Facebook adds support for it in the future.