Virtual reality has become a great place to make things, and MakeVR is one of the apps that makes it possible. The VR app debuted recently on the HTC Vive VR headset, and it brings a greater degree of precision to the VR maker genre. It also lets you 3D-print the things you create.

MakeVR is available on Viveport now, and that brings a real sense of relief to the team at Sixense Entertainment, which has been developing MakeVR and accompanying 3D hand controls for several years. The Vive Studios title sells for $20, and it is targeted at all the “makers” out there.

Steve Hansted, director of business development at Sixense, showed MakeVR to me at the Game Developers Conference, and I saw it again at the recent SVVR show in San Jose, Calif. With it, you put on the Vive headset and hold the controllers in your hands. You can grab 3D shapes with your hands and press buttons to do things such as stretch an object, replicate it, or meld it with something else. 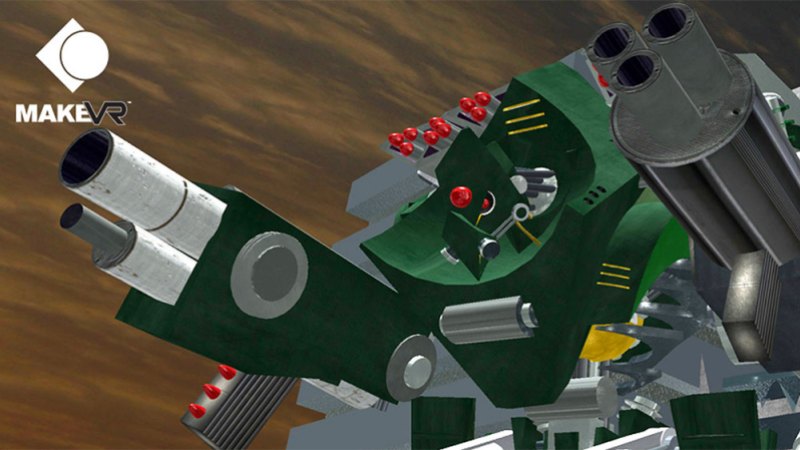 “This is really driven by your own imagination,” he said.

MakeVR is based on a standard professional computer-aided design engine that lets you do advanced 3D object modeling in VR. It could appeal to the 10 million makers out there, as well as the artists and would-be sculptors who aren’t going to chip away at real rocks.

Amir Rubin, CEO of Sixense, said in an interview that you can play MakeVR with the Vive controllers or you can use Sixense’s own STEM controllers for more precision. But the tool is basically designed for everyone, regardless of age or experience. It has a shallow learning curve and lets you run as far as you want with it. And there’s no waiting for things to draw. It happens in real time.

With the Vive, you can play at room scale. That means you can create a huge, life-size sculpture and walk around it or through it as you create it. It can be far more immersive, as if you are in the middle of the thing you are making. You can also scale yourself up, so you’re a giant among buildings, or scale down so that you are working on very small items. 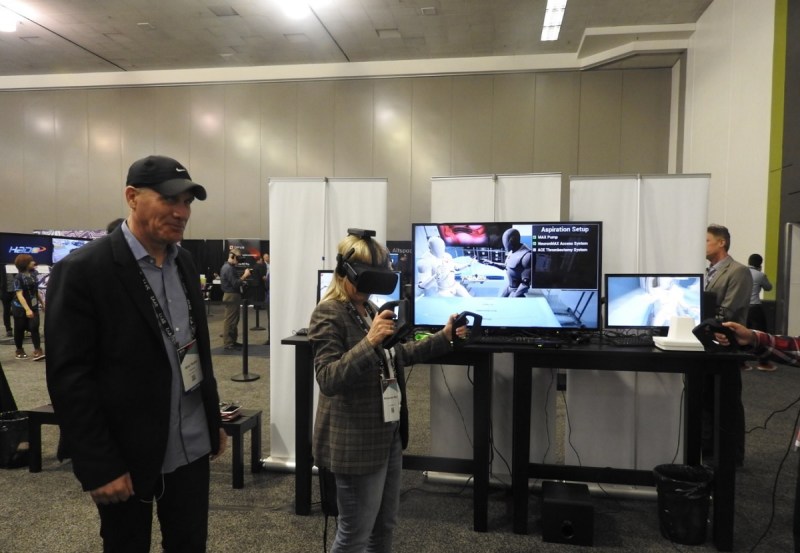 Above: Amir Rubin of Sixense at SVVR.

You can export the models to different file formats that can be used in other modeling tools and game engines. And when you 3D-print something, the file doesn’t have to be cleaned up to be made more accurate. It prints correctly the first time, Hansted said. If you have your own 3D printer, you can use that. Or you can place an order with Shapeways, which will print the item and ship it to you.

Sixense is also making other games, such as Siege, and medical applications in VR as well. In the medical app, I had to pick up some catheters, put them together, and clear a blood clot in a patient’s brain.

“We are here to get more developers, and bring more games to the new platforms,” Rubin said.

Rubin founded the company in 2007, but he has been working on motion-sensing technology for about two decades.