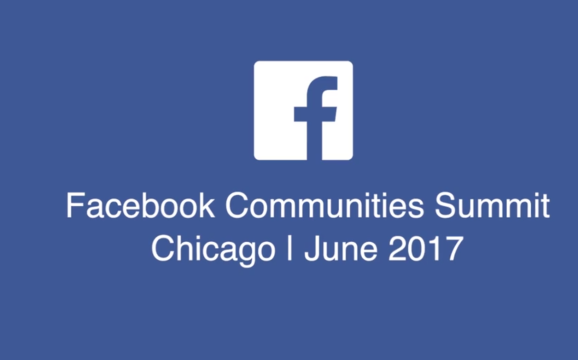 Facebook has announced that it’s holding its first ever summit dedicated to group admins.

Taking place from June 22 to 23 in Chicago, the aptly-named Facebook Communities Summit is touted as an “opportunity for a few hundred group admins to gather, share, and connect in real life,” according to Facebook Groups product director, Alex Deve.

The summit is free for attendees. Facebook will be sending executives along to discuss new products it’s working on, while also sharing best practices with admins on how to develop their groups. Applications to attend are open now, but there is very limited space and it appears Facebook will be hand-picking groups based on their perceived suitability, rather than deciding on a first-come, first-served basis.

Much as Messenger began as a core Facebook feature before the social networking behemoth spun it out into a standalone service, Facebook has been creating little silos for other popular features of its main app. Facebook Groups has had its own standalone mobile app for a few years already, while the company also rolled out a separate Events app late last year.

Facebook is keen to foster community spirit among its billion-plus global user base, and though its inaugural Communities summit may be limited to the U.S., if it’s deemed a success you can likely expect the company to make a habit of hosting similar events around the world.