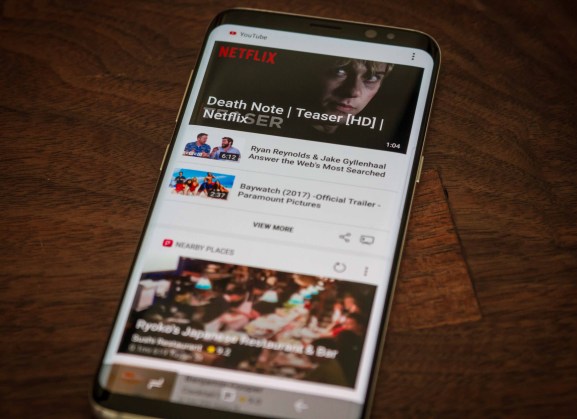 The Bixby home screen on the Samsung Galaxy S8.

Bad news for those interested in testing out the Bixby voice assistant with the Samsung Galaxy S8 later this month: It won’t be immediately available. While other key features of the artificial intelligent assistant will be available — including vision, home, and reminder — the voice-enabled service will be absent until “later this spring,” and even then will only be available for those in the U.S.

There’s no talk of timing for other countries.

The lack of a voice assistant is a bit of a blow to customers, many of whom probably wanted to see how well the service would stack up against Siri, Google Assistant, and Cortana. Samsung has declined to comment, opting to provide only this statement:

With its intelligent interface and contextual awareness, Bixby will make your phone more helpful by assisting in completing tasks, telling you what you’re looking at, learning your routine and remembering what you need to do. Key features of Bixby, including Vision, Home and Reminder, will be available with the global launch of the Samsung Galaxy S8 on April 21. Bixby Voice will be available in the U.S. on the Galaxy S8 later this spring.

Preorders for the recently announced Samsung Galaxy S8 and S8+ have begun, and phones are expected to be in customers’ hands starting April 21.

With the voice assistant missing in action, what’s left should still be reasonably impressive, at least what there is of it. Users can still use Bixby to manage their daily affairs and provide recommendations, and the use of visual search powered by Pinterest’s Lens technology is available. However, the option to use voice to have Bixby rotate an image or do many of the things that are expected within other AI assistants won’t be available for at least a month or so — we’re almost into the summer, after all.