OhmniLabs has started an Indiegogo crowdfunding campaign today to raise money for a home robot that allows families to connect with each other over long distances via video “telepresence.”

The Santa Clara, Calif.-based company has designed a home robot called Ohmni  that it plans to sell this fall. Campaign supporters will be able to purchase the robot for $1,395, or about $500 off the eventual retail price when the robot launches later this year.

Ohmni is a telepresence platform that can move around a home and allow distant family members to feel like they’re sitting right there around the table. Thuc Vu, cofounder and CEO of OhmniLabs, grew up in Vietnam, but he doesn’t often get a chance to leave his home in Silicon Valley to visit his relatives there, as it’s about 20 hours away by plane. With the test version of the robot, he can move around their home and have conversations or watch a movie. 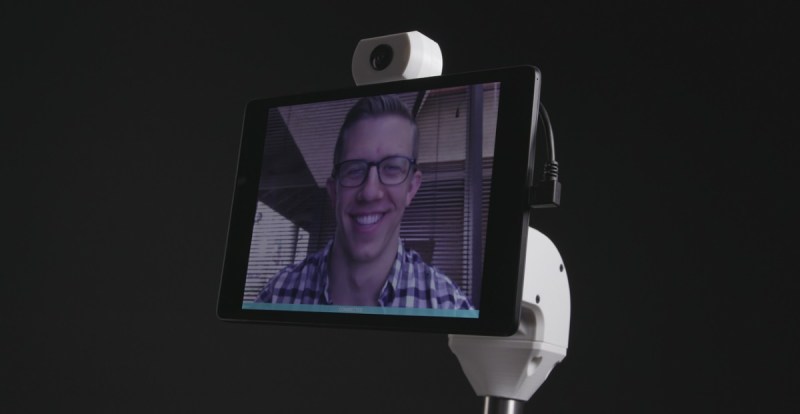 Above: OhmniLabs’ robot lets you hang out with distant family.

“I want to spend as much time with my family as I can, but that’s a long flight,” he said. “FaceTime isn’t satisfying enough. I would drive into the kitchen and talk with my grandma making a meal, or drive to the living room and watch TV with my dad or watch my mom playing piano. It’s an amazing experience. We want to open this up to everyone.”

The team at OhmniLabs studied families around the world and found that these “shared experiences” were what people missed, as standard video chat was too cumbersome to enable these richer interactions.

Ohmni is designed from the ground up for simplicity, since your parents might be the ones setting it up. To set it up, you unfold Ohmni, press the power button, and connect it to your home Wi-Fi. You can share access to the robot by inviting family and friends by email address or by Google or Facebook account. They can use Chrome browser on any Mac, PC, or Android device to connect to Ohmni from anywhere in the world. And they can interact freely by controlling Ohmni with the keys, trackpad, or touch controls. 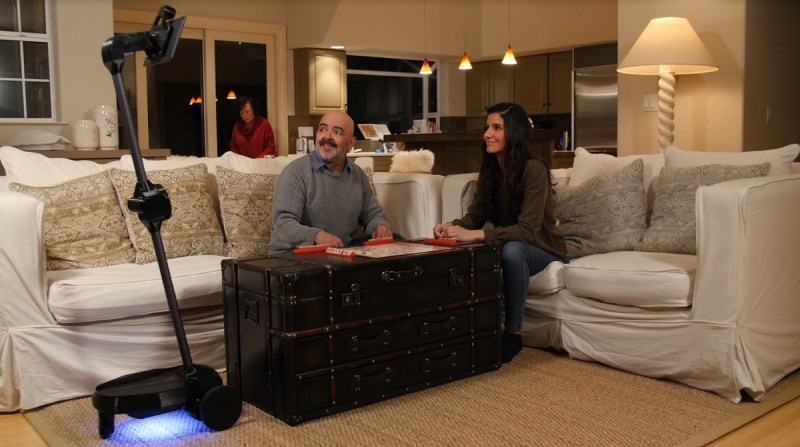 Above: OhmniLabs makes you feel like you’re in another place.

OhmniLabs has nine employees and has already raised a seed round. The company hopes to raise $100,000 on Indiegogo, mainly to gauge demand for the product and get people talking about the robot. The company has already created nine generations of prototypes.

Unlike other robotics and telepresence companies — like Beam or Double — OhmniLabs builds each robot locally from its facility in Santa Clara, Calif., using a scalable additive manufacturing process that the company has tested and refined over the last two years. Every Ohmni will be made to order and incorporates materials like bamboo and brushed aluminum for an attractive appearance. You can control the robot’s movement with a mouse or touchpad.

“If you do this right, you can transform the way people spend together,” said cofounder Jared Go, in an interview. “People will hang out for an hour or two hours now.” 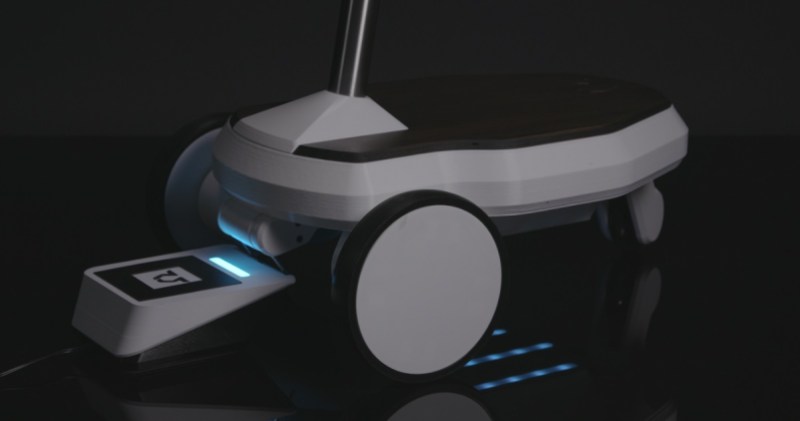 Above: OhmniLabs makes a robot that can roam around your home.

In order to obtain user feedback, OhmniLabs conducted a pilot program over the past six months with families that have elders living far away. The ability to easily connect on a daily basis has proven helpful for these families, and their feedback has been positive.

“Asking my mom to drag out the iPad every time we wanted to video chat felt like a huge burden. We always love watching TV together in person. Now Ohmni lets us do just that — from 8,300 miles away! It was the first thing we did when we received our robot. The smile on my mom’s face was priceless, and it’s a great feeling to bond like that again,” said Andrew Lyle, who is in the U.S. military in Japan.