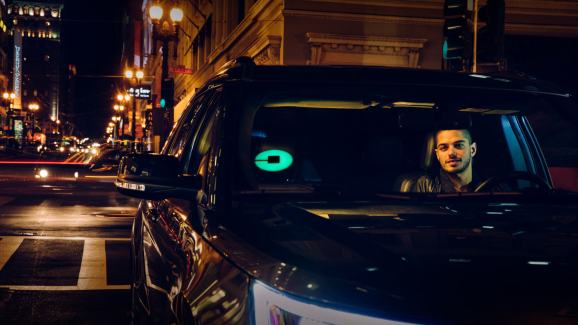 Uber is adding an incentive for people who want to become drivers but don’t own a car. The on-demand ride service has teamed up with Getaround to provide a vehicle, if needed, starting in San Francisco. Approved drivers in the program can drive a Getaround car, with the first 14 hours free, and pay $5 per hour thereafter. (The complementary time only counts on the first rental, not every time.)

Getaround joins a host of benefits drivers already receive, including discounts on weekly rentals with Hertz, and similar hourly rentals with Zipcar in Boston. Besides finding alternative means of transportation, Uber also helps drivers save on gas with its fuel finder feature that launched last year.

Those in San Francisco wishing to participate will have to first be approved as an Uber driver. Then, they’ll locate a neaby car and rent it through the Getaround app. The vehicles available are leased through Xchange Leasing, which Uber already has a pre-existing relationship with. If it’s the first time renting a car, drivers can keep it free for up to 14 hours. For every hour after that, and when they select another Getaround car for the next shift, it’s $5 per hour, with the fee also covering insurance, gas, and mileage.

The partnership with Getaround is another choice that Uber wants to offer those who might want to earn an income, but don’t readily have the means to own a car. To alleviate this obstacle, Uber is hoping Getaround can be the dangling carrot and that when drivers are hooked, they might graduate to other offerings, like those through Hertz, or possibly even buy their own vehicle through a leasing program with Xchange.

Of course, not everyone wants to be driving throughout the day, so Getaround could be useful to those who just want to spend a few bucks to make a few hours of income whenever it suits them.

Uber’s not the only one with a driver program, as its main U.S. competitor, Lyft, has also teamed up with Hertz, Shell, and others to offer similar benefits. It’s also notable that Uber’s latest effort to make the service easier for drivers comes after the company’s chief executive, Travis Kalanick, was caught on tape berating a driver in February. Uber’s leader has since apologized and admitted that he needs a chief operating officer to help him run the company.

Today’s announcement also comes on the heels of a report from The Information (subscription required) alleging that Uber had a now-discontinued top secret program called “Hell” to track how many Lyft drivers were available for new rides and where they were. For years, both Uber and Lyft have engaged in a war to onboard the most drivers — the lifeblood of these businesses — with some rather controversial tactics being used at times. The Information believes that revelations of “Hell” could open Uber up to potential civil legal claims by Lyft.