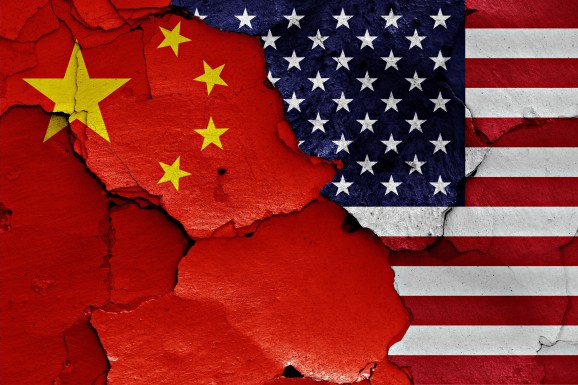 India is the fastest growing e-commerce market in the world, according to a report published by Forrester. The same report claims the online retail market in India is poised to reach $64 billion by 2021, with a 31.2 percent compound annual growth rate over five years. In the Asia Pacific region, mobile commerce is expected to account for 78.1 percent of online sales in 2021, amounting to $1.1 trillion.

Considering that mobile will be the predominant driver for online commerce, the future looks promising for the Indian market, where the number of mobile Internet users is expected to reach 650 million by 2020 and high-speed Internet users will be around 550 million (more than 2x growth from 2016). So it’s a no-brainer that the global giants are vying for a sizable share of the e-commerce market in India.

Back in 2004, eBay entered the Indian market by acquiring Bazee for $54 million but missed the opportunity to take the early-mover’s advantage. Home-grown Flipkart was launched in 2007, followed by New Delhi-based Snapdeal in 2010, and Amazon entered quite late in 2013. But Amazon India was able to capitalize on the market created by the home-grown players and has received a huge amount of capital from its global arm ($5 billion to date).

In the meantime, we have seen the competition to grab market share dissolve into a discount-based pricing war. And there has been blood: Last year eBay laid off the entire product and tech team at its Bangalore development center, and this year Snapdeal laid off hundreds of employees in a bid to cut costs. Flipkart has also had its fair share of troubles: Its Myntra subsidiary moved from the desktop to a mobile-only strategy that backfired, its valuation has taken several hits, and it has seen several key executives leave the company.

And then something important happened a few days ago: Flipkart announced it has raised $1.4 billion funding from Tencent, eBay, and Microsoft. Additionally, the company finalized a deal to buy the Indian unit of eBay. Interestingly, eBay had infused $50 million into Snapdeal in 2013. Amidst all these developments, there is also a possibility Flipkart will acquire Snapdeal to take on Amazon India. While the market is rife with speculation over how the consolidation would play out and whether the combined companies would be able to beat Amazon, we must look at another global player, Alibaba, and its plans for India.

Alibaba and its payment arm, Ant Financial, currently hold 40 percent stake in Indian payment company Paytm’s e-commerce business. They also have plans to increase the holding to 62 percent by investing an additional $177 million. Alibaba also holds a 3 percent stake in Snapdeal after participating in the $500 million investment round along with FoxConn and SoftBank in 2015. Note that SoftBank holds the highest stake in Snapdeal at 33 percent and holds just under 30 percent in Alibaba. Flipkart also received an investment offer from Alibaba last year, but the deal didn’t go through as Flipkart was not ready to offer a discount on its valuation. Apart from marketplace businesses, Alibaba is also on the lookout for partners and investment opportunities in the logistics domain, which is a critical factor in the Indian market.

Paytm, which is primarily a digital wallet company, spun out its e-commerce arm as a separate entity and claims to have more than 140,000 sellers and 68 million SKUs. The Paytm Mall has been modelled after Alibaba’s Tmall, which has captured more than a 50 percent share in the Chinese market. Just like other horizontal marketplaces, Paytm Mall offers mobiles, electronics, apparels, groceries, etc. Paytm Mall is an amalgamation of the benefits of the mall and bazaar models. The company’s press release maintains that only sellers who meet strict quality standard and guidelines will be allowed to sell via the mall. Not only that, all the products offered on the mall will also move through Paytm-certified warehouses and shippers. In the Indian market, Paytm has 17 fulfilment centers and 40 courier partners.

Both Alibaba and Paytm have a strong hold in the fintech segment – Paytm will soon launch its payments bank with a target to reach 500 million customers by 2020. After demonetization, Paytm received a huge boost in transactions. Founder Vijay Shekhar Sharma said, “We clocked Rs 5,000 crore [roughly $775 million] worth of transactions in January alone, that’s 200 million transactions in volume terms.” Similarly, Alibaba has launched Mybank, an online bank for the Chinese market that will offer loans up to $800,000 via its cloud-based platform. It has been backed by $643 million in capital and is run by 300 employees. Alibaba also operates Alipay, a mobile payment wallet with an ambitious plan to capture the global market. According to its official website, Alipay has 400 million registered users and is helping Paytm with its technology and risk management systems. While Amazon Pay has already achieved significant growth, it only received the green light to launch a digital wallet from RBI (Reserve Bank of India) this month.

Browser as a platform

Alibaba’s mobile business unit, UC, Web has already captured close to 42 percent market share in the coveted Indian mobile browser segment. In order to scale its content business in India, it has pulled together close to $18 million capital. UC News, a content platform developed by UC Web has already crossed 100 million active users in India and Indonesia. It is safe to say that Alibaba has the highest share in the Indian browser market and will use Chinese smartphones to continue its growth.

This part is quite interesting. It’s known that Alibaba has a keen interest in Flipkart and apparently tried to buy out the home-grown player in the last quarter of 2016. Alibaba already has a major stake in Paytm and a 3 percent share in Snapdeal. Softbank holds the highest share in Snapdeal with $900 million investment and close to 30 percent in Alibaba.

Now let’s explore the possibility of a Flipkart-eBay-Snapdeal merger and why Flipkart doesn’t exactly need these two businesses:

So why would Flipkart agree to merge with eBay and Snapdeal? It’s simple – they need capital to stay in the game, and Softbank has lots of it. As Softbank is the majority stakeholder in the dwindling Snapdeal, it would rather get the business sold to Flipkart than pour in any more money. It would make sense for Softbank to bet on Flipkart and show the return to its limited partners. It will be similar to what happened with eBay – they invested in Flipkart and Flipkart had to buy the Indian unit, which had already lost the battle.

If we consider that Alibaba will be able to consolidate Flipkart, Snapdeal, and Paytm’s e-commerce business, then we have a formidable player to go up against Amazon. Although it might be difficult because Alibaba rival Tencent has also become an investor in Flipkart, it’s not impossible considering that Tencent and Alibaba have previously invested in the same company. Even if they are not able to consolidate, they can get a stake in Flipkart and retain a stake in other major players to make it tough for Amazon.

Because of the severe competition and the race to cater to more buyers, even a customer-centric company like Amazon hitting its limits in this market. The company has run into problems over the quality of goods and customer service and we have heard about many cases of wrong product delivery and delays in customer issue resolution. This essentially means there is plenty of room for improvement and that future competition in the e-commerce space is going to be more difficult.

Flipkart’s newfound momentum is driven by investors like Microsoft, eBay, and Tencent. That said, it will eventually need more and more deep-pocketed partners like Softbank and Alibaba. Eventually, market conditions will lead to further consolidation or, at the very least, the stakes owned by the Chinese firm will increase. So the ultimate war (read quasi proxy war) to claim the throne in the Indian market will be fought between the Americans and the Chinese. Probably at that point entrepreneurs and investors will try to figure out how the Indian e-commerce market got dominated by foreign players. However, the question remains whether the winner will see any increased profitability from e-commerce alone.

Preetish Panda is head of marketing at Bangalore-based data-as-a-service provider PromptCloud. He is passionate about convergence of technology, marketing, and analytics.