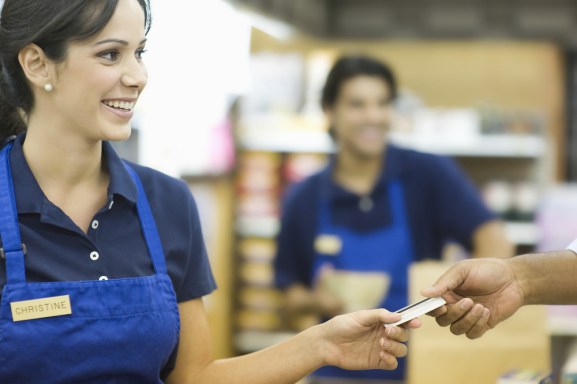 As U.S. Treasury Secretary Steve Mnuchin predicts artificial intelligence (AI) won’t be a threat to American jobs over the next several decades, and still others opine on why he is wrong, both sides are missing an important point: No matter the pace of change as AI makes in-roads into the workplace, humans need more training and skills development in order to be equipped for tomorrow’s jobs.

Rather than trying to spin the future-of-AI story to match the Trump administration’s agenda of bringing manufacturing jobs back to the U.S., a better use of time and energy in Washington and elsewhere is to fill the skills gap for American workers.

Education has always been key to improving people’s adaptability and employability. Consider today’s demands for well-trained workers, including in factories where a rebound in output has been experienced. But for those who lack even basic technology skills, more training is necessary to give them a chance to compete in the changing workplace. For companies, too, retooling workers with higher skills means guarding against a potential human labor shortage.

Taking a positive approach by focusing on upgrading workers’ skills is more productive than warning against AI’s incursion into the labor landscape. Instead of trying to guard against a human vs. machine battle, what we need is greater human-machine collaboration. As The Wall Street Journal observed, “Automating parts of a job will often increase the productivity and quality of workers by complementing their skills with machines and computers, as well as by enabling them to focus on those aspects of the job that most need their attention.”

The AI-driven workplace evolution will not edge out humans altogether. A McKinsey Global Institute report suggested, “Humans will still be needed in the workforce [as] … the total productivity gains we estimate will only come about if people work alongside machines. That in turn will fundamentally alter the workplace, requiring a new degree of cooperation between workers and technology.”

The need for human workers, from the factory floor to the office building, is certainly good news compared to gloomier predictions that people might be displaced from jobs as truck drivers (due to self-driving technology), bank tellers (ATMs are becoming more numerous), and even wealth managers (so-called robo-advisers are taking the place of humans in many investor interactions). Machine learning could even give Wall Street a run for its money with AI-driven trading platforms. In retail, Amazon is pushing technology to replace human cashiers with its Amazon Go model, which automatically charges customers as they leave brick-and-mortar stores with merchandise.

For humans to be the most productive in their collaboration with machines, they need advanced technology skills that probably exceed their current capabilities. The skills gap must be closed for workers at various levels of competencies and who possess a variety of experiences.

Filling such widely disparate skills gaps, bridging the college-to-work gap, and retooling millions of workers into completely new jobs are daunting tasks. Traditional approaches to education have come under pressure due to the costs (student debt in the U.S. is estimated at $1.3 trillion) and questionable efficacy (a late-2016 study showed that nearly half of new college graduates are underemployed). Given the magnitude of the problem, a new approach is necessary.

Though not yet widely adopted, adaptive learning is a low-cost, proven, and highly efficient way to equip people from factory workers to physicians with skills — not just in technology, but in other realms as well. Using a highly intelligent “biological model,” this online teaching technique can build competency and increase confidence in one’s knowledge. The approach dynamically adapts to each person’s learning needs, whether someone grasps the material quickly or struggles with the concepts. This method and technology are trusted by some of the most respected companies and learning organizations, including Hitachi Data Systems, New England Journal of Medicine, and the National Safety Council.

The question-based teaching approach used in the biological adaptive learning model seeks to assess and adapt to learners’ knowledge, experience, motivations, and attitudes, while increasing engagement and proficiency — in essence giving each learner his or her own virtual personal tutor. This type of personalized skill-building cannot be accomplished with a one-size-fits-none traditional approach to learning, which delivers the same content to everyone and lets them fend for themselves.

As early corporate adopters have experienced, a combination of adaptive e-learning courses and in-classroom experiences bring together the best of both worlds — the ease and efficiency of computer-based learning with the encouragement and one-on-one engagement of instructors who can see where individuals are struggling. This type of training will be imperative, given the vast number of predictions that say that automation is here to stay and AI will revolutionize the workplace.

Although it’s not clear where or in which jobs the impact will be felt first, equipping students and workers for new jobs is the only way to protect and advance the workforce. With the advent of AI, it is even more imperative to use the latest evidence-based tools and approaches in talent development to ensure humans are prepared to work with machines.