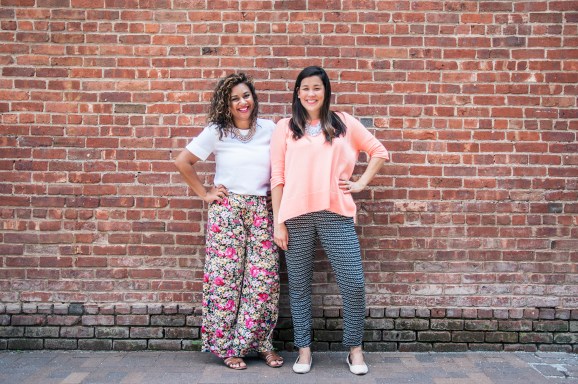 Not everyone can afford a life guru. That’s why Shine created a free daily messaging service to make well-being more accessible. The Brooklyn-based startup announced today that it has secured $2.5 million in a round co-led by Betaworks and Eniac Ventures.

According to cofounders Naomi Hirabayashi and Marah Lidey, text messaging has an open rate of 98 percent, which is why they initially chose to capitalize on this medium. Some skeptics might have a hard time believing in this approach in an age of social media and fleeting apps — but the cofounders are confident. “Function over feature is more important,” said Lidey, in an interview with VentureBeat.

Shine initially started with just SMS, but it has now expanded to include Facebook Messenger and Kik. The Shine bot collects and analyzes custom inputs to offer users personalized content, all around their well-being. Users can sign up for free on Shine’s website, define what they want to work on, and set up a time in the day to receive personalized messages — “intentions” — that they can practice and meditate on.

Competition-wise, the space is pretty crowded. Between the Dr. Phils and Oprahs of the world and self-healing apps like Headspace and Aura, meditation and mindfulness have become essential techniques to practice in today’s hyperconnected world. The Shine cofounders claim their product is especially tailored to millennials, who are struggling to find a breather among the overwhelming data points.

Founded in 2016, Shine raised an undisclosed pre-seed round and is currently testing monetizing strategies. Female Founders Fund, Felix Capital, Comcast Ventures, BBG Ventures, and The New York Times joined Betaworks and Eniac Ventures in today’s round. The new money will be used to expand the team and develop new products.

The Shine cofounders say they are currently working on a voice-based product with Betaworks, which recently launched its Voicecamp program to accelerate the development of voice products in the conversational interface space.