Jaunt has carved out a name for itself as a maker of virtual reality films. Now it is launching the Jaunt One VR camera designed for professional VR creators. It will be available as a direct-to-consumer sale through a network of resellers.

The move puts the company into competition with rivals such as Nokia, with its Ozo camera, and gives the company a new line of business, in addition to its films. Among the resellers are The Studio-B&H, AbelCine, and Radiant Images.

“Demand for the Jaunt ONE has been unwavering since we introduced it to rental houses last summer, ” said Koji Gardiner, vice president of hardware engineering at Jaunt, in a statement. “The natural next step was to provide filmmakers the ability to own the camera. These filmmakers are pushing the creative boundaries as they eagerly explore the medium, and we could not be more proud to provide them with the only professional-grade VR camera designed specifically for their craft.” 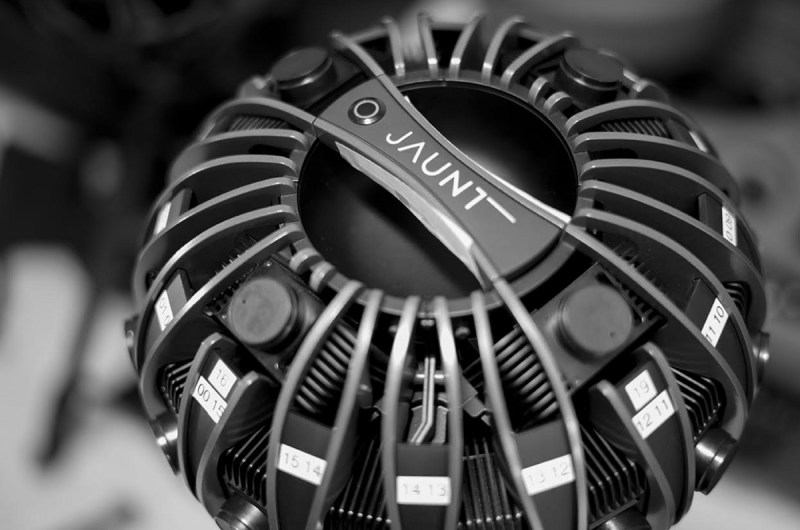 Above: Jaunt One can capture 120 frames per second.

Key Jaunt ONE features include a 24-camera array with synchronized global shutter sensors that provide full 360-degree stereoscopic coverage at up to 8K output resolution; stereo imagery with dynamic exposure control enabling up to 18 stops of scene dynamic range; onboard media storage for up to 20 hours of continuous recording and integration with industry-standard batteries and accessories; a rugged design built to withstand extreme conditions; versatile rigging options for mounting Jaunt One to a tripod, dolly, steadicam, camera car, cable cam, and more; support for capturing up to 120 frames per second; and real-time monitoring of up to eight Jaunt One modules, enabling the user to preview what the camera is seeing prior to recording.

The Jaunt One will be available for rent through Radiant Images and AbelCine. Jaunt was founded in 2013. The company has more than 100 employees, and it has raised $100.2 million to date. Investors include Disney, Evolution Media Partners, China Media Capital, and Sky.