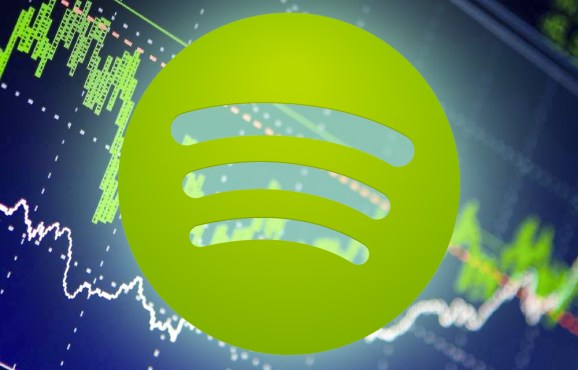 The music-streaming giant published a blog post detailing the feature earlier this morning, but it now seems to have pulled it. The new partnership is scheduled to be formally announced at Facebook’s annual F8 developer conference.

Facebook’s relationship with Spotify goes back years. The duo reunited last March to enable Spotify songs and playlists to be shared within Messenger, though users would have to click to listen to the track within the Spotify app installed on their phone — all they would see within Messenger itself would be the track/artist/album information and the artwork. This was Messenger’s first integration with a music service.

With the bot, however, Spotify will now automatically offer playlist recommendations based on factors such as mood, activity, and genres. But perhaps more interestingly here, Spotify also mentions something about “Messenger Chat Extensions,” which presumably is a new feature being introduced by Facebook at F8 today too.

The new Chat Extensions feature is activated by tapping on the little “+” icon located at the left of the text box, at which point you can select the Spotify bot.

With these Chat Extensions, users can search for and share Spotify songs, albums, and playlists, while also being able to listen to 30-second clips — all without leaving the Messenger app. This is similar to how Spotify songs are displayed when shared on Facebook itself: Anyone can listen to a snippet, but they must have a Spotify account to listen in full.

If a friend wants to listen to a track in full via Messenger, they can click to open the Spotify app installed on their phone.

The new Spotify bot for Facebook Messenger can be accessed via this link, and we’ll update here with more information on Messenger’s Chat Extensions when they’re formally announced later today.