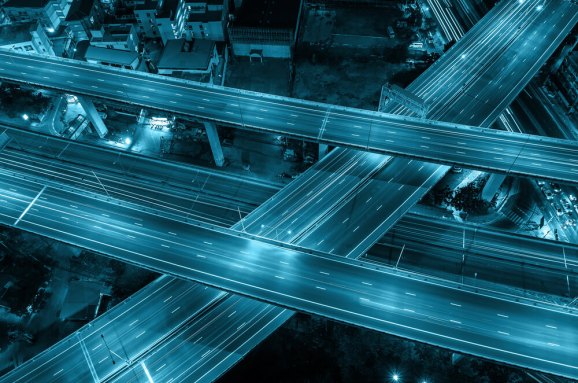 Tons of metal do not collide quietly. I started my career crashing cars. My first job was in bio-mechanical impact testing at a research laboratory at the University of Michigan. Our goal was to develop occupant protection: better airbags, child car seats, side impact systems, even wheelchair restraints. Yet what I remember best is the loud BANG! at the end of the track. That noise always resulted in twisted metal and obvious simulated carnage.

When I worked there about 30 years ago, more than 45,000 people died each year in fatal car crashes. Today, this number is closer to 35,000. However, the overall per capita death rate in 2015 increased 6 percent from the rates in 2014. According to the Center for Disease Control and Prevention, more people die in car crashes each year in the United States than in other high-income countries. We have improved, but only incrementally. That is despite more advanced airbags, crash-absorbing structures, anti-lock brakes, electronic stability control, child seats, belt pre-tensioners, seat-belt usage programs, better roads, and on and on. We’ve fixed many safety weak spots.

However, we haven’t fixed the No. 1 safety system weakness: the driver.

Of course, autonomous cars will do much more than improve safety. Consider how many U.S. jobs are directly related to driving: truckers, delivery people, and Uber/Lyft drivers, just for a few examples. Follow-on effects of autonomous driving will make roadside hotels irrelevant, revolutionize elder and child care, render auto insurance obsolete, and do away with auto-body shops. (On the positive side, it will clear DUIs from our courts and recover untold hours wasted in commuting.) Less obviously, by extending our practical driving range, autonomous cars will reset real estate values and even increase visits at national parks.

Autonomous cars will affect our economy and society more than anything since the “horseless carriage.”

As a society, we must prepare for this revolution. Even the terms we use, like “driverless cars” and “autonomous driving,” obscure our denial of the imminent practicality. Autonomous cars are more like robots on wheels than an evolution of cars. For these reasons, I will refer to them as “carbots.” We all need to accept that there is a drastically new player in our lives. A new player deserves a new name. Many worry about the moral decisions that a carbot will inevitably have to make. The dilemma typically flows along these lines: Imagine the carbot is driving and a stray truck crosses its path. It can choose to kill you (the occupant) or hit five pedestrians. What should it do?

My response: What would you do as a driver? Oops! BANG! You are dead, or the pedestrians are dead, or both. You may have even swerved into a crowd in your panic. You see, you need to make that choice in about half a second. Your moral consternation is unlikely to yield an optimal result no matter what you think you should do. People simply cannot react fast enough to execute that decision. If we must examine such a situation, let’s be encouraged by the fact that (someday) a smart carbot may actually have the speed to make any choice. You, as a human driver, do not.

I have been driving many years, as have most. But unlike most, I’ve spoken with thousands of other drivers through the course of my business travels, and I have yet to find anyone who has ever faced such a moral predicament. Worrying about these rare situations is fundamentally a waste.

But this also misses the key point. The moral imperative is not to decide if a carbot should choose to kill you or five pedestrians in some absurdly unlikely situation. The moral imperative is to stop the certain death of tens of thousands of people — this year, next year, and every year — because, according to the National Highway Traffic Safety Administration, humans cause 94 percent of all car accidents. I’ll wager that virtually everyone reading this has been in a car accident of some kind, and many know someone who was injured or even killed in one of those accidents. Almost certainly, a driver on one side or the other was at fault.

People text, drink, argue, fall asleep, talk on the phone, run lights, drift across lanes, and drive through stop signs with alarming regularity. Even early-stage carbots will easily be better than human drivers. We need to stop debating right and wrong in rare situations and do what’s clearly right in situations that are so common they don’t even make the news. In fact, somebody in the U.S. likely died because of a bad human driving decision in the time you were reading this article. If we choose to embrace them, carbots will save thousands of people every year. That is our true moral choice.

So, what about all the displaced workers? Is it moral to develop a technology that will end so many jobs?

The reality is, technology always displaces workers. Consider the candle industry eliminated by electricity, wagon trains replaced by railroads, and the iconic buggy-whip manufacturing business ended by horseless carriages. Yes, there will be winners and losers in the carbot age. Jobs will end. What will all the now jobless people do? Like bank tellers eliminated by the Internet, many will end up working at the next decade’s equivalent of Google, Facebook, and Twitter — all companies that didn’t exist 20 years ago.

It’s pretty clear across history: Technology improves quality of life. In fact, carbots will revolutionize transportation precisely because they will make lives better. The benefits are profound. Safety is just the first of the multitude of benefits we will see. Carbots can do things human drivers could never do. They can drive in close, efficient formation, saving energy and time and making good use of today’s carpool lanes. Because we don’t need to store carbots near you, we can turn urban parking lots into parks. They will make extensive travel practical for millions. They will bestow freedom of movement to those who can’t drive. And, personally, I would just like a little more sleep on my long drive to the ski slopes.

In the end, the carbot age will usher in bold new challenges with bold new benefits. They are, of course, only one aspect of the smart machine age. The next 20 years will see change across industries at an unprecedented pace. The “old” Internet revolutionized a few industries, like banking and music. The Internet of Things and truly smart machines will be far more profound. One effect: No more car crashes. The silence will be deafening.