When it comes to testing ad creatives, marketers uncover the darndest things.

For one gaming app, images of feminine hands playing on a device drove the best results (even though the game’s users skew male). One shopping app found low-res product images drove higher-spending users than glossy ones. Another found Facebook’s Ad Relevance scores to be completely irrelevant to the success of their creatives on the social network.

Thankfully, advancements in mobile analytics have given marketers faster and more granular access to creative performance data to account for the ever-changing and often unpredictable tastes of users.

Click rates were once the primary metric used to measure the “success” of creatives. Now, with the right tools, revenue-focused marketers can quickly access down-funnel metrics on a creative level. Access to such granular marketing data helps marketers distinguish between ads that are merely clickable from those that actually drive in-app engagement and positive ROI.

In honor of Singular’s new and improved Creative Reporting, the most advanced creative analytics tool on the market, we asked our customers and ad channel partners to reveal their most interesting and surprising discoveries from ad creative tests. User acquisition leads and designers from Google, Twitter, Match, and more chimed in.

One surprising trend from our creative tests with Waze: Hyper-local ads that told of a specific traffic incident like, ‘Standstill Traffic on Portola Drive,’ outperformed ads that were more city-wide, such as ‘717 Live Traffic Reports in San Francisco. Hyper-local ads better showcased the kind of specific, granular information Waze could offer on a city, thus highlighting the app’s unique value.

I’ve found that simpler creatives with a focus on your brand name/logo can perform stronger than creatives with images of people using your product. This of course has to be coupled with brand awareness campaigns, but these two tactics can net out strong results. I’ve seen conversion rates increase anywhere from 10-20 percent.

We tried showing a player’s hands physically playing on a device. We saw a very high conversion rate, as we believe the users who see the video can picture themselves playing it. We compared different types of hands and gameplay, and saw that feminine hands performed better, even though our games skew male. Another interesting thing: gameplay videos recorded without any edits work better than expensive trailers with text and edits. The combination of these two ideas has increased our conversion rate a lot. 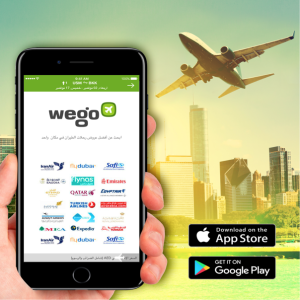 d result looked like a gif. The animated section was an in-app screenshot highlighting some partners that we compare prices with. It was interesting to see engagement rate increase by circa 54 percent compared to the static version.

It is common that less attractive creatives work better in Russia. For example, in the creative below — which performed well — note that the red circle and the portions with black text in the middle were actually part of the creative.

The creative says “search flight tickets” in the black box, the green text says “Goa, Maldives and Thailand”, where Goa is circled in red. It was only used in Russia. 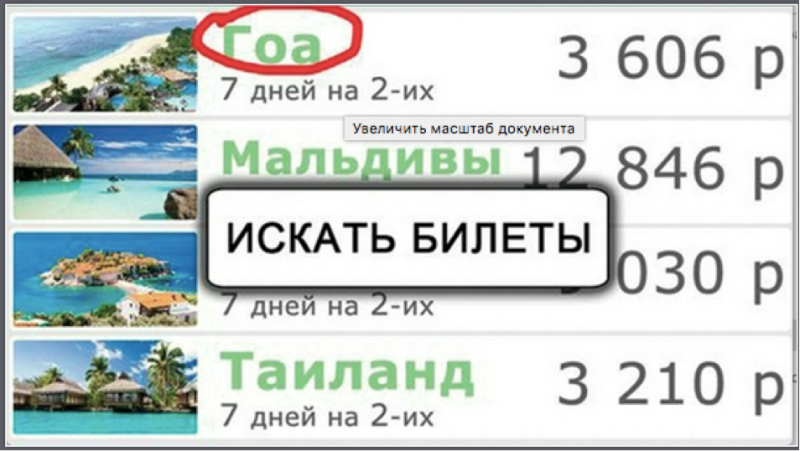 There are some colors that are more appealing to certain countries and we’ve found that those colors often match the country’s flag. For example, Turkey responds to red and Brazil responds to green or yellow.

We have seen really good results on playable ads for some advertising networks. However, playable ad units that don’t clearly show your game do not perform very well. You need to give the user an exact user experience. We have had playable ad units featuring Vegas, Roulette, etc. and they do not provide the high LTVs for our slots game that a slots playable ad unit provides.

We found that when we put a volume up sign on our videos, we improve our click-through and conversion rates. We believe it causes some initial engagement that leads to higher conversion.

For season 7 of The Walking Dead, we integrated the game and the show very closely with new content based on TV show episodes released every week. I believe this is the most real-time integration seen in the mobile space in between a TV show and a mobile game.

Creative saturation is real. A couple of years ago, one of our best performing creatives — a GIF of a spinning wheel for our slots game — stopped performing after competitors repeatedly imitated it. We’ve since found new creative elements that consistently drive results for us, but are constantly monitoring their performance with Singular as even the best-performing creatives eventually go stale.

We’ve had times when we soft-launched two similar games simultaneously: one with a single set of creatives and the other with multiples variants (3-4) of videos and static images. The title with the single set underperformed and resulted in increasingly high bids to gain users. The other title performed much better, as we were able to find the set that converted users most effectively and allowed us to optimize bids downwards at scale. The lesson: always include multiple options to use for creatives, even if you think a particular set is your best iteration. Often times, it won’t be. If you launch campaigns relying on that single set and it bombs, you’re now behind waiting on your creative team to work up a new set.