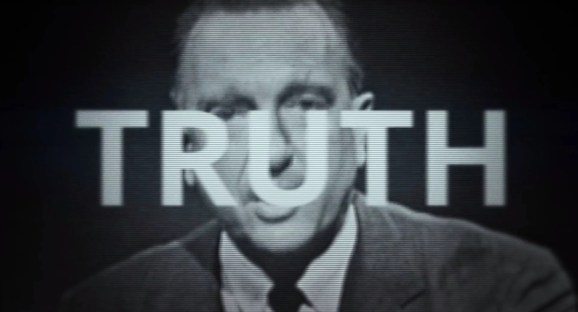 More than a decade ago, when Wikipedia remained a new but controversial source of information, the foundation that ran it announced an effort to reinvent news using a similar crowdsourcing method.

Wikinews was born in 2004, in an era where people still somehow believed that there might exist a kind of “wisdom of the crowd.” It’s a hopelessly naive notion, looking back from our current era where the internet has been overrun by fake news and trolls and abusive language.

Even within a few years of its creation, it was clear that Wikinews wasn’t having much of an impact. During an appearance at Berkeley, I asked Wikipedia founder Jimmy Wales for an update:

Me: What about wikinews? @jimmy_wales: It's not been successful as I'd like. People still go to Wikipedia when big news happens. #fotf

Today, Wikinews still exists. But the top story on the page is from last week, about the British prime minister calling for a new election. The content of the story is pretty generic, about what just about any newspaper or blog reported.

But with the fake news problem growing more extreme, Wales says he’s ready to take a second swing at the problem. He has announced the launch of WikiTribune.

The big difference compared to Wikinews is that Wales says WikiTribune plans to hire 10 professional journalists, whose work will then be edited and fact-checked by the crowd. By the end of the day, the website had hired one, and had received signups from 2,174 supporters who agreed to pay some amount of money for a monthly subscription.

“The news is broken, but we’ve figured out how to fix it,” he says in the video.

Wales offers the analysis that digital advertising and social media “fundamentally breaks the news” because it encourages the chase of pageviews and clicks. Instead, it’s looking for donations from people who want to become members.

It’s not clear what subjects WikiTribune would cover. Wales says that WikiTribune will ensure “that journalists only write articles based on facts that they can verify. Oh, and that you can see their sources. That way you can make up your own mind.”

“Articles are authored, fact-checked, and verified by professional journalists and community members working side by side as equals, and supported not primarily by advertisers, but by readers who care about good journalism enough to become monthly supporters.”

While there aren’t a lot of details here, I’m not sure this idea is as revolutionary as Wales seems to thinks.

Certainly there’s a good case to be made that member-supported news and content makes more sense over ad-supported content. But then, Medium essentially is in the process to pivoting to this same idea. And news startups like The Information have been winning with a subscription model for a couple of years now.

As for the crowd’s role, much of this depends on the actual mechanics of who participates and how. But things like fact-checking and verifying information, as well as disclosing sources of information, are still pretty much the cornerstone of mainstream news organizations, even if they have cut back on things like copy editors.

And anyone who has worked in a newsrooms knows that readers aren’t shy about calling or writing about mistakes, which sometimes are then incorporated in updates online. Perhaps that’s not evident to folks who haven’t worked in a newsroom. But if you think that journalists and editors haven’t been listening to readers to some extent, well, maybe this will all seem like a radical departure.

WikiTribune doesn’t say what kind of journalists it’s hoping to hire, or what specific skills it is looking for. But the assumption must be that this will be a text-based service, since re-editing videos with the crowd might be logistically daunting.

Finally, though, the project assumes that the primary problem with fake news is the fake news. WikiTribune is a bet that there is a singular, knowable version of the news that everyone can agree is correct and representative of what happened and what it means. I’m not sure that’s true. We can find plenty of examples, for instance, of the New York Times reporting well-documented stories about Donald Trump that his followers dismissed as “fake news” simply because they didn’t like the message.

And indeed, bias is inherently a part of the news process. Which stories one writes, who one interviews, how the information is presented, which aspects are emphasized. It is indeed an inherently subjective endeavor.

Maybe WikiTribune will prove me wrong. I hope so. But I’m not overly optimistic that most people can be convinced to accept a version of events that doesn’t support their world view, no matter how many people participate in the newsgathering process.