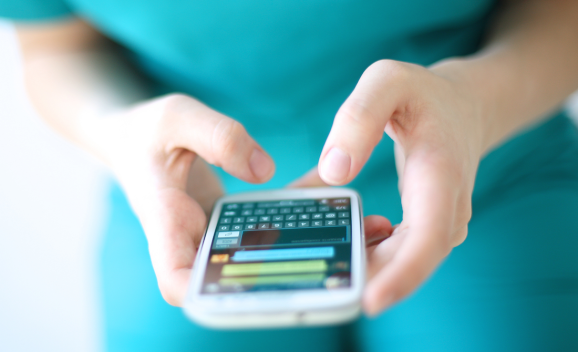 Could digital apprenticeships help save the knowledge and experience of retiring employees from being lost forever?

In 2016, the United Nations estimated the global population at 7.4 billion, with one in eight of those people over the age of 60. Moreover, life expectancy could break the 90-year-old barrier in several countries as soon as 2030, according to Imperial College London and the World Health Organization.

Another study estimates that between 2012 and 2022, some 12.5 million jobs will open up as people leave the workforce. Over this period, 2 million new jobs will be created, but only 7 million new workers will enter the workforce. This leaves a significant gap. If current workforce exit rates carry on for the over-50s — particularly the steep decline in employment after age 53 — we will face a labor shortage.

So, with the workforce in developed countries getting older and retiring, what happens to the years of knowledge and experience they have accrued? What is going to make up the shortfall?

This is a big challenge for companies. Consideration and planning can mitigate the loss, as well as help retirees. Before we take any steps, however, we need to understand more about the valuable and hard-earned knowledge at stake.

Understanding the fundamentals of knowledge

Before anyone can address the aging workforce problem, we first need to understand more about the knowledge this workforce contains. Specifically, what knowledge has value, and how can it be captured within a business?

In scenarios like this, it’s useful to think of knowledge as “expertise stacks.” These stacks contain structured, unstructured, and nuanced knowledge. Structured knowledge would be, to use utilities as an example, asset databases or other systems of record that hold key information about where pipes or wires are located and their service schedules. Unstructured knowledge is data captured from multiple sources that helps new employees answer questions about a task or role.

Both structured and unstructured data are important and useful; however, we are missing the part that captures the deepest store of knowledge and experience: the nuanced level in the stack.

The science of ‘it depends’

Imagine the nuanced knowledge level as where employees use the term “it depends” a lot. This is the space where there is sometimes no clear-cut answer and people make decisions based on experience and judgment. Many companies don’t realize the value of this expertise to their business until it’s too late — and sadly, this is the hardest knowledge to re-create once it’s gone.

Now, if you’re under the age of 25, the following example may be lost on you. The fact is, many people who are retiring know about processes and systems that are outdated and totally unfamiliar to the next generation.

Consider the VHS video player. The product sheet for a VHS or Betamax player is structured information. The manual tells us how to play a video and make a recording; that’s unstructured data. However, what you might not know from the product sheet is that you had to use up extra tape and record a football game for an extra 30 minutes. You learn the hard way when a game went into overtime and recorded over a good movie — and you only make that mistake a couple of times.

You can record nuanced data in a document; however, the result is usually a collection of tips that is vague (at best), situational, and absent of judgment rather than easy to understand. In short, what gets produced could be unusable. Moreover, in the case of a utilities worker, they probably need the data when they are onsite and halfway up a tower, not when they’re reading a corporate wiki.

Cognitive reasoning can help. It can capture many of the nuanced judgments that seasoned experts make daily. However, technology alone cannot solve this problem. The process is not a one-to-one recording of information. We must think about how this expertise can get from the person to the computer.

This is where a “digital apprentice” comes in. For example, let’s say someone needs to learn about a complex tax law. A digital apprentice could be recording all of the nuanced information while the skilled human works, saving it to help future workers and to back up the current worker’s efforts. You in effect kill two birds with one stone.

The key to success is finding the right type of person in an organization who can transfer this knowledge. You also need to have a cognitive reasoning system that non-technical people can use. Once the system has been trained, however, everyone can use it.

Another concept that has merit is the idea of the “digital exit interview.” Rather than a quick sit-down when you leave an organization to retire, HR could put technology in place for a more extended exit review. A business could establish a process to capture knowledge and even pay workers extra to transmit this knowledge.

Applying artificial intelligence to a process like this is particularly valuable. The technology can collate knowledge from one person and join it with another source of knowledge, and the system will then learn gradually to build up the required knowledge. In short, the computer gets better and smarter over time.

AI as a copilot

There is one final concept for the aging workforce that’s worth mentioning: Many of us can’t afford to retire, even as life expectancy is rising. Thus we will need to remain in the workforce.

In this situation, artificial intelligence can be used as a “copilot” for the aging employee, enabling them to extend their career. In a small way, we see this now with people semi-retiring and driving Ubers. This would not have been possible if it were not for GPS, something that was considered AI about 20 years ago.

Artificial intelligence offers some real promise as we age. The thought of my hard-earned expertise being memorialized in a system and helping others long after retirement fills me with satisfaction. The idea that an AI copilot could help me continue working into semi-retirement provides a bit of hope for the future.

Matt Buskell is the head of customer and partner engagement at Rainbird.ai, a platform for making sense of AI and identifying where it can drive effective business outcomes.