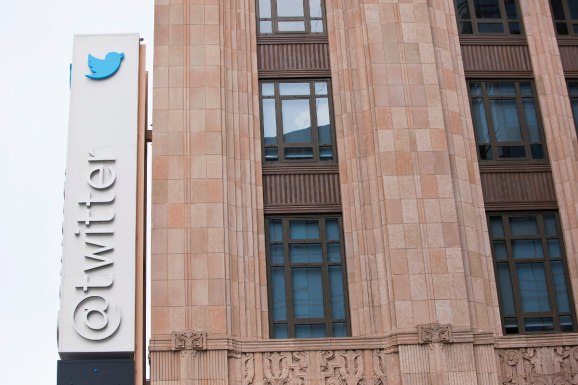 Struggling Twitter today reported revenues of $548 million in the first quarter of 2017, a drop of 8 percent from the same period a year ago, marking the first such decline for the platform.

Twitter also continued to emphasize Daily Active User growth, a metric it began highlighting last year. The company said DAUs were up 14 percent in the quarter, an improvement from the 11 percent, 7 percent, and 3 percent increases it reported respectively in the previous three quarters.

As the company seeks to turn things around, it’s focused on the DAU metric as a way to show that current users are becoming more engaged. This is especially important as Twitter continues to role out new live video products and other features designed to keep people coming back more often. Indeed, the company revealed that 800 hours of live premium video was viewed by 45 million people, up 31 percent on the previous quarter. It added that changes in its timeline to display a wider range of tweets and “deep learning models to show the most relevant Tweets first” have continued to improve engagement.

The company also said its “Explore on iOS” feature was proving to be a strong attraction for users every day.

“We’re proud to report accelerating growth in daily active usage for the fourth consecutive quarter, up 14 percent year-over-year,” said Jack Dorsey, Twitter’s CEO, in a letter to shareholders. “We’re delivering on our goal to build a service that people love to use, every day, and we’re encouraged by the audience growth momentum we saw in the first quarter. While we continue to face revenue headwinds, we believe that executing on our plan and growing our audience should result in positive revenue growth over the long term.”

In pre-market trading, the earnings caused Twitter’s share price to jump 10 percent, most likely on optimism that user growth was headed in the right direction.

The company did demonstrate some momentum, although monetizing that momentum is still a work in progress. Twitter lost $62 million in the quarter, or $.09 per share, an improvement on the $80 million it lost in the same period one year ago.

The challenge now seems to be continuing to convince advertisers that Twitter can help them leverage users’ attention.

The company reported that advertising revenue for the quarter was $474 million, a plunge of 17 percent year-over-year. That follows a slight decline in ad revenue last quarter, as well.

Once again, it was an increase in Twitter’s data licensing that prevented the revenue drop from being worse. The company said data revenue increased $74 million, or 17 percent compared to the same quarter a year ago. That’s an improvement from the 14 percent increase it reported in the previous quarter.

“We believe Twitter is the best place to drive brand perception, and we’re continuing to showcase our unique value proposition for advertisers,” said Anthony Noto, Twitter’s COO, in the shareholder letter. “We’ve received positive early feedback from our ad partners as we highlight the improved return on investment from our audience growth and better pricing.”