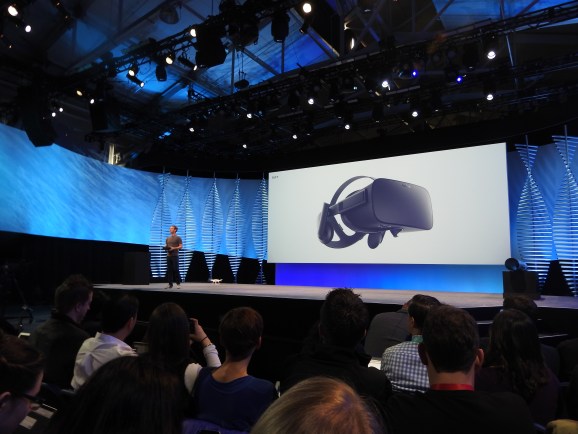 Last week’s F8 conference is still generating a boatload of excitement, especially over CEO Mark Zuckerberg’s vision of an era without smartphones or televisions. While Zuck is right to believe AR and VR will have an important place in tomorrow’s ecosystem, he may be missing where their replacement value will be. Even worse (and this is uniquely ironic, coming from the world’s largest social network), Facebook is completely missing the intrinsic social need that drives adoption of most high tech products.

The numbers behind virtual reality don’t add up

Zuckerberg hinted at his vision for a post-iPhone, post-TV future by unveiling Facebook’s plans for augmented reality at F8 and was even more explicit in an interview with USA Today, saying, “We don’t need a physical TV. We can buy a $1 app ‘TV’ and put it on the wall and watch it.”

“We all want glasses or eventually contact lenses that look and feel normal but let us overlay all kinds of information and digital objects on top of the real world,” he explained at the keynote, which I was fortunate enough to attend. But while everyone in the audience around me nodded enthusiastically, I squirmed in my chair, resisting the urge to facepalm. There’s little to no evidence many people want augmented reality glasses (let alone contacts!), and copious evidence to the contrary. Consider:

To be sure, Samsung Gear VR, which uses Oculus technology, is doing fairly well. However, many of its 5 million+ shipped units were given away for free, and 5 million is still a fraction of the 100 million or so Samsung smartphones the headset was designed to work with. While Snapchat Spectacles attracted much initial buzz, it’s way too early to know if they actually attract mass market sales. (And being sunglasses, they are explicitly designed for a narrow range of use cases — mainly, while outside — and aren’t ready examples of the omnipresent AR glasses Zuckerberg describes.)

Even if VR and AR devices see mass growth, it’s a mistake to assume they will replace smartphones and televisions. Sure, those devices may one day be replaced in the future — but only by similar devices. Generally speaking, new technology only exerts a replacement draw when it’s similar in functionality, form factor, and convenience to what currently exists. I’m writing this essay with my Mac, so clearly smartphones haven’t replaced laptops. However, they have largely replaced pocket cameras and digital music players, because smartphones are more convenient and easier to use for those purposes and, just as important, do not significantly change the underlying human interaction behavior.

Compare that with televisions: Primarily seen as an entertainment appliance, we often watch them with our brains set to off. We watch from different positions, from slouching across a couch to a standing yoga pose. Just as often, we watch without fully watching, doing chores or other activities while occasionally glancing at the screen. VR/AR, by contrast, typically requires our full attention, interacting with content from a very specific sitting, standing, or even moving position.

With that in mind, it’s more likely that VR/AR headsets will replace work-based desktop computers. They’re a great benefit for multitasking in multiple screens and for use in 3D enterprise applications, such as AutoCAD. Even more key, we’re literally paid to use desktop work PCs while sitting at full attention.

It’s possible Facebook conducted market research indicating a burning consumer desire for augmented and virtual reality, but it’s still outweighed by inconvenient sales numbers from actual reality. Interest in VR/AR may finally gain some traction with lower prices, better content, and less intrusive devices. None of that, however, can solve a more fundamental challenge.

Media consumption wants to be social

To assume that AR and VR will somehow supplant our existing devices is to ignore the social aspect of media consumption that has existed since the mass production of motion pictures and radios and that hasn’t categorically changed even with the rise of smartphones. We want to enjoy the media that’s important to us together. We create new or strengthen existing social bonds with that consumption. When we hear music together, watch videos together, our enjoyment (or distaste) is echoed and enhanced by experiencing the reactions of the people around us.

It’s why so many of our media habits are built around social contexts — TV watched with loved ones, movies and concerts enjoyed in large auditoriums, sports games watched in crowded bars, podcasts listened to with a driving companion. Smartphones have bent but not broken this social aspect of media, because while they allow us to enjoy different kinds of content while together, they’re still portable enough for us to easily enjoy together.

I suspect Zuckerberg knows all this, which is why he’s invested so much in Facebook Spaces, enabling social experiences in virtual reality. However, judging from poor VR headset sales, not to mention niche usage of MMOs and virtual worlds, socializing together through cartoonish avatars is not what most of us crave.

If I’m right that the social aspect of media is essential, VR and AR creates more problems than it solves. And in the end, any value from consuming content through headsets or glasses is outweighed by what we lose in the process: Seeing the expressions on each others’ faces. And with respect to Zuck, I think nothing in the world can replace that.

Balaji Krishnan is a Cupertino-based entrepreneur and engineer. He is founder and CEO of DabKick, a live media watching experience, and was also founder of Cruxle, an AI-driven recommendation engine, and Snapstick, a mobile-to-TV streaming technology acquired by Rovi.