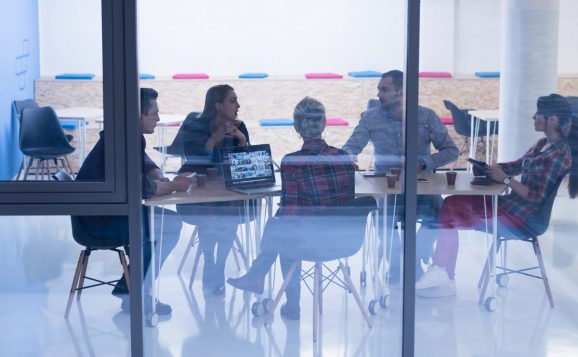 Incorporating your business as a Public Benefit Corporation (PBC) means you can include public good as part of your company charter in addition to maximizing shareholder profit. Today, there are almost 4,000 Public Benefit Corporations (PBCs) across the U.S., including well-known brands such as Patagonia, Kickstarter, and This American Life. This corporate structure exists across 31 U.S. states, with California introducing the option just five years ago, allowing businesses to focus on both profits and benefits for society. And startups are increasingly showing interest in this business structure.

We’ve witnessed the growth of PBCs first-hand. In fact, six of the 38 early-stage companies we’ve incubated are PBCs. Yet, in our experience, many founders do not understand how they actually work. So to set the record straight, we’ve compiled a list of the five most common misconceptions about PBCs.

Myth 1: Public Benefit Corporations and Certified B Corps are the same.

Many entrepreneurs treat the decision to become a PBC and a Certified B Corp as one and the same. However, they are very different creatures.

PBC is a legal incorporation status (like a C Corp or LLC). PBC documentation encourages a corporation to consider the interests of multiple stakeholders (society, workers, the community, and the environment) in addition to shareholders when making decisions.

Certified B Corporation or “B Corp,” on the other hand, is a third-party certification similar to Fair Trade or LEED. B Lab, a non-profit, administers this credential and independently assesses companies based on social and environmental criteria. Companies typically pursue certification because of the additional credibility brought by third-party review.

While some PBCs are not Certified B Corps and vice versa, many are both. Several companies, including Patagonia and AltSchool, hold both labels. It should be noted that if a Certified B Corp goes public, B Lab requires that company to reincorporate as a PBC within two to four years (Etsy, the first Certified B Corp to go public, is dealing with this deadline now).

By definition, all PBCs are for-profit companies. However, nonprofits and PBCs are often confused because their charters both explicitly mention a socially beneficial purpose. Specifically, nonprofits are driven by a stated “charitable purpose” and PBCs spell out a “public benefit” purpose. In spite of this similar language, nonprofits and PBCs are completely different types of companies. While a nonprofit’s sole mission is pursuing its charitable purpose, PBCs must balance their benefit to the public with the financial objectives of their shareholders.

There are two other key differences. The first is that nonprofits are tax-exempt by the IRS, while PBCs are taxed like any other for-profit company. The second is how these entities generate income. Besides grants and donations, nonprofits are allowed to self-fund through earned income to a limited degree. But if nonprofits engage in “more than an insubstantial amount of unrelated business activity,” they can jeopardize their tax-exempt status. As for-profits, PBCs can raise cash from operations as well as investors and use that money to scale.

For example, HandUp – an online platform for direct giving to people experiencing homelessness – decided to become a PBC (rather than a nonprofit) to generate revenue as well as raise equity funding.

Some entrepreneurs worry that becoming a PBC will scare away venture capital money.  But, in reality, PBCs have had many large-scale fundraises from VC investors.

For example, in 2015, AltSchool, a PBC focused on personalized ed-tech, raised $100 million from investors including Andreesen Horowitz, Founders Fund, and Mark Zuckerberg. That same year, Cotopaxi, an outdoor gear e-commerce PBC, closed a $6.5 million Series A from Greycroft Partners, New Enterprise Associates, Forerunner Ventures, and others. Ultimately, VC firms that have invested in PBCs include a “who’s who” list: First Round Capital, Foundry Group, Sherpa Ventures, Union Square Ventures, and many more.

There is also a growing number of PBCs with successful exits: Plum Organics reincorporated as a PBC the same year it was acquired by Campbell’s Soup, and Laureate Education became the first PBC to IPO a couple months ago.

Myth 4: Public Benefit Corporations can be sued by the public.

Another misconception among entrepreneurs is that incorporating as a PBC exposes a company to additional liability. Specifically, founders are afraid they could get hit with lawsuits from the public saying the company has not pursued its “public benefit” mission vigorously enough.

In fact, only shareholders can bring lawsuits to enforce public benefit goals. And, to take that action (via a specialized proceeding), the threshold is high. In most states, a minimum of 5 percent of shareholders is necessary to launch a proceeding.

Additionally, the PBC structure can potentially act as a shield from lawsuits. Company directors can be protected when prioritizing “public benefit” over immediate shareholder interests. For example, Patagonia’s decision to donate all 2016 Black Friday sales ($10 million in total) to mission-aligned nonprofits is far more defensible due to the company’s PBC status. To justify a decision that may sacrifice profits, PBCs including Patagonia must simply be able to show that they considered multiple viewpoints.

Myth 5: It doesn’t matter where you incorporate your Public Benefit Corporation.

Some entrepreneurs assume that it doesn’t make a difference where incorporation takes place. If they are located in California (or anywhere), why not incorporate there? But the reality is that state jurisdiction matters.

If a business is incorporating as a PBC and expects to seek VC financing, many startup lawyers will recommend incorporating in Delaware.

First and foremost, Delaware is familiar. Most VC-backed startups are incorporated as C Corps in Delaware. The Delaware PBC model shares similar investor-friendly terms to the Delaware C Corp, so incorporating there can make investors more comfortable.

Second, Delaware offers maximum flexibility for entrepreneurs. Most states’ PBC legislation requires a company to complete annual public benefit reporting and to make their reporting publicly available. However, in Delaware, such reports must only be published every two years and need not be made publicly available.

So if your company is considering becoming a PBC, make sure your decision is based on facts and not myth.

Disclaimer: This article does not constitute legal advice. Consult a legal professional before making any decisions regarding your incorporation status, pursuit of third-party accreditations, etc.

May Samali is an Associate at the Urban Innovation Fund. She was previously Director at Tumml.

Charlie Kannel is Portfolio Advisor at Tumml, a startup hub for urban tech in San Francisco.