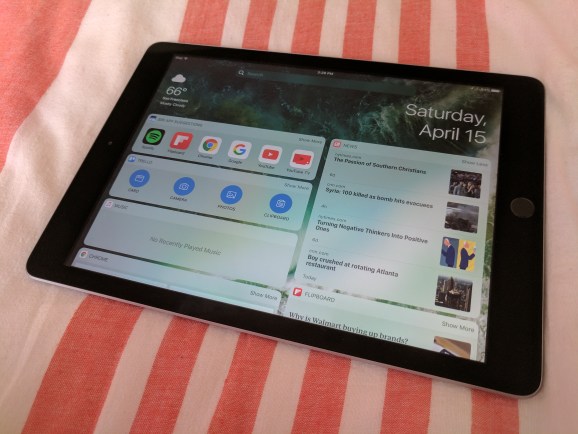 Try as Apple might, it seems interest in the iPad continues to tumble.

Apple reported today that it sold 8.922 million iPads in the second quarter of its fiscal year 2017. That’s down 13 percent from a year ago.

The addition of bigger iPads, iPads with Pencil, iPad corporate partnerships to write software, iPad with anything … none of it seems to be helping the gadget that many of us once thought was going to make us forget about laptops and desktop computers. Nope.

To find sales numbers that low, you have to go all the way back to the second quarter of 2011, when it sold 4.69 million units. By that point, the gadget had been on sale for about a year. The next quarter, sales jumped to 9.25 million units. This quarter was the first time since then unit sales dipped below that. 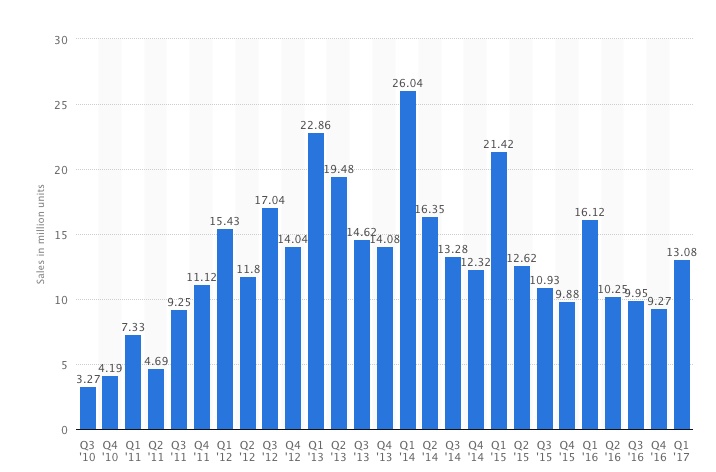 Apple, as ever, was trying to remain upbeat about the iPad’s future:

Updated: In the conference call with analysts, Cook tried to put a brave face on iPad sales.

“iPad results were ahead of our expectations, and we believe we gained share during the March quarter in a number of major markets, including the U.S., Japan, and Australia,” he said. “iPad remains the world’s most popular tablet, and it’s the primary computing device for millions of customers across the globe.”

Being big in Australia, however, doesn’t seem to be solving the issues.

CFO Luca Maestri said there were “supply constraints” during the quarter. He also noted that: “Recent data from NPD indicates that iPad had 81 percent share of the U.S. market for tablets priced above $200.”

Still, it’s also worth nothing that it doesn’t seem a single analyst asked a question about the iPad in the Q&A part.