Google’s Material Design guidelines are finally coming to the YouTube desktop site. What does this mean? Lots and lots of white space. And an optional dark theme. That’s about it.

Functionally, the new YouTube.com looks a lot like the old YouTube.com, but the upcoming refresh looks cleaner, like the service’s existing mobile apps. You can try the new design early right here: youtube.com/new.

YouTube’s designers have long tweaked the video service with iterative updates. And the Google subsidiary has occasionally released major new features. But the service has not undergone a big redesign in years — the most memorable perhaps being YouTube’s not-so-successful “Cosmic Panda” experiment. 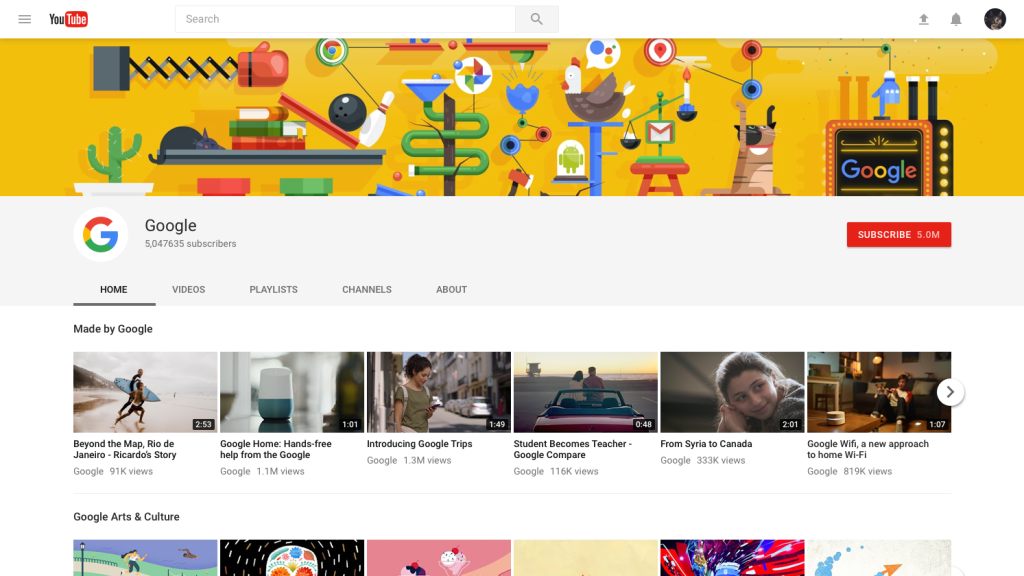 The new Material Design update has been a long time coming. YouTube started testing various versions of this look more than a year ago, and it’s still not ready for the wider public. After an unspecified testing period, a YouTube spokesperson tells us the redesign will land on desktops and lap computers everywhere sometime before 2018.