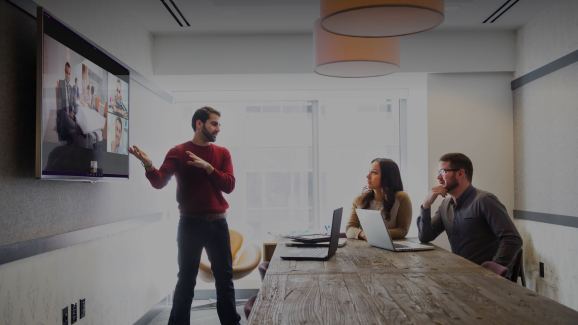 Fuze, an enterprise-focused cloud communications company, has raised another $30 million, closing its Series E round of funding at a whopping $134 million.

The latest tranche comes three months after Fuze first announced it had raised $104 million and takes the company’s total funding to $334 million since its inception.

Founded out of Massachusetts in 2006 as ThinkingPhones, the company rebranded as Fuze last year, adopting the name of the video-conferencing company it acquired a year before. Today, Fuze combines video conferencing, SMS, instant messaging, and voice calls under a single platform and throws a bunch of other tools into the mix, including analytics and caller ID. The technology can also be integrated into third-party software such as Zendesk, Salesforce, and Gmail.

With an extra $30 million in its coffers, garnered from a “top U.S. public pension fund,” the company will now double down on its efforts to “accelerate product innovation for Fuze’s enterprise customer segment and continue international expansion in Asia Pacific and Latin America,” according to a company statement.

“This additional investment, from one of the top public pension funds in the world, is further validation of the market opportunity for a best-of-breed business cloud communications platform,” said Steve Kokinos, Fuze cofounder and executive chairman. “We’ve been building Fuze for more than ten years, and over the last 12 months in particular, CIOs at large enterprises are no longer deciding if they should move their communications to the cloud, but when.”

Fuze is a likely contender to seek an initial public offering (IPO) in the near future, though the company hasn’t committed to a timescale. In a recent interview with the Boston Business Journal, Kokinos noted that the Series E round “fully funds us to profitability and / or IPO, whichever comes first,” adding that 2018 would be a key year for the company.