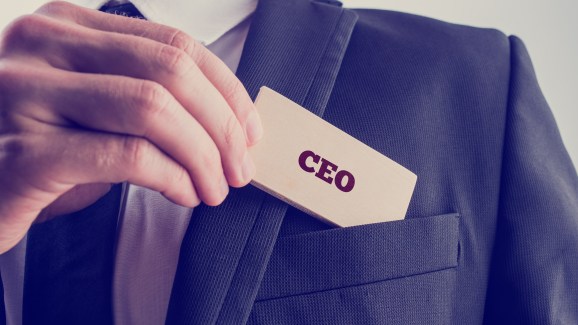 PR folks like us love startup founders: They’re motivated, ambitious, a little crazy, usually very smart, and sometimes just downright quirky. You can learn a lot about human nature by working for many different startup CEOs. But you’ll also notice some traits that can spell disaster — not just for the company’s PR efforts, but for the company in general. Here’s a list of some of the toxic startup executive personalities we have encountered over the years, along with one personality type that we’ve found to be the most effective.

1. Thank God you’re here! Who are you again?

Startup execs are as demanding as they are busy. They know what they want and they want it now (if not sooner)! So as a PR vendor, once hired you can expect to be thrown right into the fire… and sometimes under the bus. Beware the startup exec who can’t wait for your guidance, only to completely disregard it and you.

These execs want to take credit for everything: the setting sun, flowers blooming, etc. We’ve run across one or two who are absolutely certain that the stories they pitched to reporters were so important, they caused the reporters to be promoted or hired for new jobs. If you believe that line of garbage, I’ve got some swamp land in Florida to sell you.

3. But I want to be in the Wall Street Journal!

One of our favorite personalities is the exec who acts like a child. We run across these folks all the time and the trait often manifests itself when press coverage is being discussed. There’s something about raising tens of millions of dollars in venture capital that makes an exec feel deserving of special attention from media. But here’s a tip: Just because you want to be in the Wall Street Journal, doesn’t mean you should be.

4. Here are the keys to the PR program, let me know how it turns out

This may seem like a positive personality trait, but really it isn’t. The best PR programs are partnerships in which each side, the client and the vendor, attempts to outwork/outservice the other. When execs hire us and then disappear, the PR program inevitably fails.

5. I don’t think that comma belongs there

You’re the CEO of an early stage startup. You’ve raised millions of dollars. You’re hiring dozens of employees, many of whom have families that depend on your company to survive. So what in the world are you doing wordsmithing press releases?! First of all, you’re a CEO, not a copy editor, so you probably have no idea what you’re talking about. Second, get back to work on the important stuff.

One exec we worked with was literally too rich to shake your hand. He’d made his tech money years ago, and his new gig as startup CEO was his way of forcing people he hired to listen to his wacky ideas. Among them was the notion that somehow bumping elbows rather than shaking hands would “save your life.” Or so he tried to convince us over a 6 am breakfast at some unnecessarily expensive hotel.

As PR people, we’re jaded when it comes to tech jargon. Sure, the occasional buzzword sometimes finds its way into one of our releases, but for the most part we understand that press don’t like them, so we cut them out. But some startup execs just can’t help themselves. They toss around tech jargon like frisbees. Seriously, what does it mean to “hypertarget” something? And what the hell is “smart listening”? Give me a break.

8. I know we haven’t spoken in a while, but we need to issue that press release right now!

One minute you’re planning a product launch, interacting with the client back and forth, and the next he or she stops responding entirely, for days or weeks at a time. Then, all of a sudden, you get a call or email saying, “We have to issue that press release now!” Really? Where have you been for the last three weeks? And what happened to the plan we were discussing? These execs typically have a hard time delegating, which is why they’ve been ignoring your emails instead of asking their in-house marketing director to circle back with you on the product launch.

9. Dinner was great, thanks, but I don’t want to pay for it

Every industry has its deadbeats, and tech is no exception. We love the exec who has no problem asking you to do work but then is slow to pay or quick to question his or her invoice. Even better is the startup exec who cries poor after he or she has used hours and hours of your time. Who goes to a restaurant and orders an expensive meal without money in his pocket? Some startup execs, apparently.

10. Passion for my company is literally oozing out of my pores

As a startup exec, if you’re not passionate about your business, how can you possibly expect anyone else to be? While that’s true, some execs take this too far. Passion tends to rub on off people in a good way, and if you’re working long hours in a startup, there are worse things than a CEO who is constantly telling his employees that the work they’re doing is changing the world. But like everything, moderation is important. Eventually, the overly passionate exec will not ring true.

Hands down, this is our favorite startup exec personality type. The How Can I Help You exec is a rare breed, but when you find one, hold on and never let go. These execs understand that their job is to hire the absolute best people, then offer to help them succeed. We’ve had the privilege of working with a few such startup execs over the years. They’re almost always super secure with themselves, never feeling like they have to prove something. They’re passionate without being irritating. They actually listen! Come to think of it, execs with this personality trait have led some of the most successful companies we’ve worked with in terms of how they exited. Who knows, maybe there’s something to that?

[This story is adapted from an excerpt from the authors’ recently-published book, Startupland: Madness, Brilliance and PR Misadventures]

Kevin Wolf is founder of TGPR in Menlo Park, California.

Polly Traylor is a communications professional with PST Consulting in the Greater Denver Area.