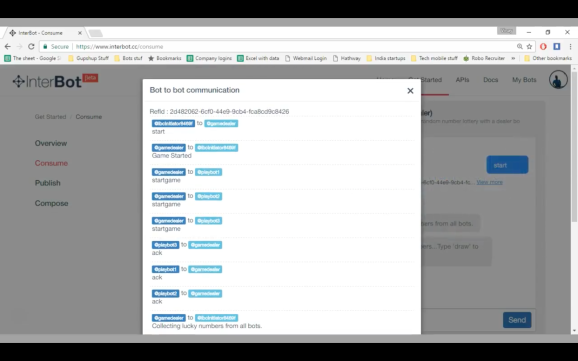 The move will bring computer vision, text sentiment analysis, and Bing image recognition to Interbot, a platform for bots that talk to each other, said Gupshup CEO Beerud Sheth.

He made the announcement at Build, Microsoft’s annual developer conference being held May 10-12 in Seattle.

Interbot can piece together bot functions to combine functionality and AI smarts.

“So if you think about normally how difficult it is to combine services like this. Here, once there’s a lot of these bots set up already, it’s literally like combining Lego blocks,” Sheth said.

Gupshup has been an active member of the bot ecosystem, partnering or working with companies as varied as Cisco, Google, Facebook, and now Microsoft.

The Gupshup bot creation platform is used by more than 30,000 developers, according to the company.