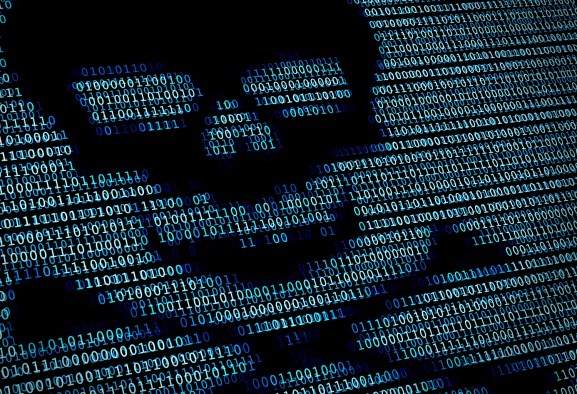 The race to create genuine artificial intelligence (AI) is blazing ahead at a nonstop pace. From devices that recognize voice commands to realistic robocall scams, AI technology gets smarter with every passing year. And while many of these advances do serve to improve daily life and convenience, not all developers have the best of intentions.

If progress continues at the current rate, artificially intelligent malware — smart programs designed to steal or corrupt data while learning how to avoid detection or eradication — could soon become a reality.

Cybersecurity is already serious business. There was a 64 percent increase in cybersecurity incidents in 2015, affecting over 17 million U.S. residents. And there’s a reason for this uptick in cybercrime: Hackers make some serious cash. As such, criminals have a vested interest in making increasingly sophisticated cyberattacks, no matter the cost. Intelligent malware would be an incredibly dangerous tool in the hands of criminals.

Even the simplest applications of smart malware could be disastrous for individuals and corporations worldwide. Unintelligent viruses and malware can be difficult enough to get rid of; smart, adaptable malware that can learn from the programs trying to remove them are on an entirely different level. If those programs were levied against government-level infrastructures, the results could be catastrophic.

And then there’s the fact that AI-powered malware doesn’t need much human involvement to work. These intelligent programs can work around the clock to break into a network — without the need for a coffee break or nap.

As Ofer Israeli, founder and CEO of Illusive Networks, points out, “A major difference with AI-driven malware is that it has the potential to move faster within the network.” So once a smart program has breached security, it can do a lot more damage in a much shorter amount of time.

That’s a lot of potential damage coming from a little bit of code.

Yet as scary as this all sounds, there’s a bit of good news: Truly sophisticated intelligent malware isn’t yet “happening in the wild,” according to Bryan Gale, VP of product marketing at Cylance. The technology behind artificial intelligence is still in its relative infancy, and most iterations still need human prodding to function properly. If you need proof of the current limits of AI, just try asking your smartphone assistant to do anything more complex than play a song.

Those current limits don’t mean the possibility should be entirely discounted, however. Though security experts aren’t seeing a lot of well-developed threats, some basic programs — precursors to truly smart systems — are already showing up on the scene.

“Simple iterations of ‘thinking’ malware have already arrived, but are reserved for the elite nation states,” said Chris Gerritz, founder of the malware-hunting company Infocyte. “Some networks … do not have connections to the internet, so [spies] program malware to jump the air gap through USB hard drives (or USB sticks), do its thing (search, steal, propagate), and return to an internet-connected device, hopefully via the next USB stick insertion.”

It isn’t surprising that these simple types of malware are reserved for elite nation states. Even unintelligent malware is expensive to create and run on a large scale — it can cost up to $20,000. As long as the tech is new, it won’t come cheap. And that’s a very good thing for the majority of the world, because it means malicious parties won’t have easy access to the tech just yet.

Taking advantage of this calm before the storm, the cybersecurity world is harnessing the power of AI to combat threats before malicious programs become more prevalent or accessible. In a lot of ways, the future of cybersecurity depends on anti-malware programs getting smart sooner than the malware programs themselves. If the malicious programs hit the turning point first, it’ll be a lot tougher for security entities to catch up.

Luckily, there have already been a few breakthroughs. “AI-type algorithms are being produced that can identify malware that has never been seen before,” Gerritz says. This type of intelligence begins to learn and understand malicious code and software in real time for the purpose of stopping an attack as it’s happening.

Interestingly, much of the development around malware protection is happening in the startup arena. Illusive Networks, which was recently backed by Microsoft Ventures, works to preemptively contaminate the data that malware is after. Cylance, listed as a Top 50 Startup to Watch by business network Built in LA, is developing AI to predict malware behaviors. And Infocyte takes a different approach by actively hunting down cyberthreats through smart technologies.

These small companies and other cybersecurity startups could become very big players against the cyberthreats of the future. And though the fight against intelligent malware has just begun, we can expect to see a slew of bright young businesses prepared for the battle.

Alice Williams is a freelance writer that specializes in tech and business.