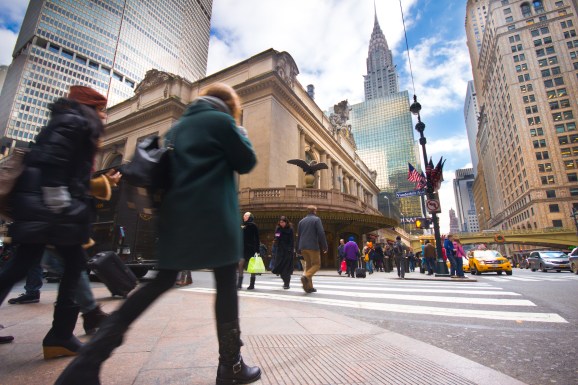 Recently, VentureBeat published a report about “New York City’s overhyped startup scene,” an article that used Yext’s then-impending IPO to make a case that a lack of flashy IPOs and exits somehow indicated New York’s tech and startup environment has not thrived. That couldn’t be further from the truth.

While New York may lack a blockbuster IPO, it’s ridiculous to base an entire city’s startup culture and success on IPOs. Other factors to take into account include the success of startups that stayed private while growing significantly, venture capital activity, companies that are ripe for IPOs, job growth, and companies interested in more than just turning a profit.

In fact, New York is ranked number two overall in the world for startups after Silicon Valley when it comes to measuring performance, funding, market reach, talent, and startup experience, according to the Global Startup Ecosystem Report 2017 by Startup Genome. Specifically, the report estimates New York now has more than 6,300 startups and an ecosystem value of $74 billion. It also says New York has the fastest average time to hire an engineer of all U.S. cities, at just 24 days, which is astounding.

Let’s put aside the fact that Yext’s IPO was indeed a smashing success and take a closer look at the tech community in NYC. New York is home to some amazing startup and tech companies, many of which are incredibly well respected in the tech world. Tech companies that call New York home include AppNexus, AOL, Casper, DigitalOcean, Etsy, Foursquare, General Assembly, Kickstarter, Meetup, MongoDB, Shutterstock, Sidewalk Labs, Squarespace, Sprinklr, Warby Parker, WeWork, and ZocDoc. On top of that, Silicon Valley-based tech companies that have a significant presence here include Facebook, Google, Snap, and Twitter.

New York is well positioned to grow and succeed because of the diversity of the market, with startups in fintech, advertising, healthcare, education, real estate, SaaS, marketplaces, on-demand services, food, IoT, AR/VR, and Bitcoin/Blockchain. This means New York can create the next iteration of just about every vertical. Even more importantly, New York sets itself apart from every other tech I can think of with the diversity of the people who live and work here.

Another trait that sets New York apart from other cities is that the companies here are engaged in social and civic issues more so than in many other communities. As Anil Dash wrote in July 2016, “New York City is unique in that its tech community is grounded in principles of social and civic responsibility. It’s an important distinction, one that we’ve got to work hard to protect and nurture.”

This high level of civic engagement has been apparent in 2017. Earlier this year, New York’s tech companies rallied against the Trump administration’s immigration travel ban, with more than 2,000 tech workers signing a letter opposing it. In that letter, we proudly wrote that the thriving immigrant community is a “crucial ingredient that sets New York City apart and a fundamental reason why we have all chosen to build our careers and companies here.”

New York is a great place to do business, and the tech industry is thriving here. Let’s not forget that simply because there haven’t been many headline-grabbing exits lately.

Julie Samuels is the executive director of Tech:NYC, a nonprofit member organization that represents New York City’s technology companies. Tech:NYC supports its nearly 500 members by ensuring that New York is the best place to build and grow tech companies.