After a few years on the market, sleep monitors can now do a good job of measuring how much we sleep. But they haven’t been good at telling us what those measurements mean or how to improve the quality of our sleep.

Somno Health’s EverSleep promises that it will not only monitor your sleep patterns but will detect conditions such as snoring, apnea, and insomnia. The Golden, Colo.-based company is launching an Indiegogo crowdfunding campaign today for its comprehensive sleep tracker.

Users will be able to download a simple analysis engine app that details nightly sleep measurements and explains the causes of any abnormalities like snoring, insomnia, breathing disturbances (that can be caused by sleep apnea), pulse rate, micro-motions, and continuous blood oxygen levels. Normally, these types of tests can run in the hundreds of dollars, and they’re often only used for a limited time period. 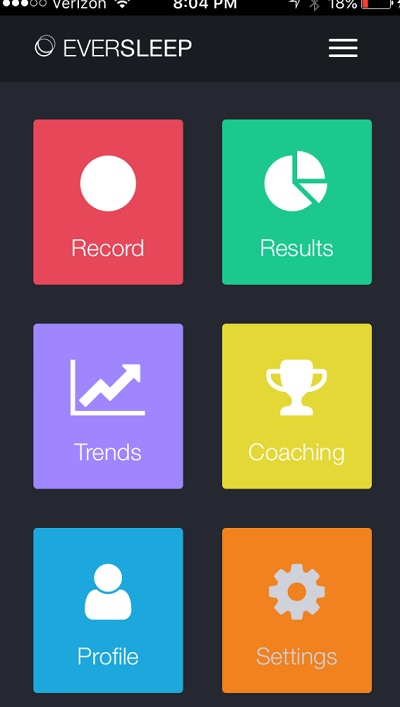 Somno Health hopes to raise about $40,000 in the campaign. The company uses four different sensors to track over 20 aspects of sleep. The sleep analysis engine differentiates between sleep problems and gives you specific tips to improve them.

For instance, it may be able to distinguish between several types of insomnia, each with different recommendations for treatment. The app may ask if you have allergies that may have caused breathing interruptions that led to the insomnia.

By contrast, sleep labs often require special referrals, lots of wires, and results that have to be interpreted by a sleep specialist. The results aren’t instant and they cost about $1,200.

The company’s iOS and Android apps will be ready in about a month, and they will pair with the hardware. That hardware consists of a wire with a sensor that clips onto your finger tip as well as a band that wraps around your wrist.

Somno Health’s team includes engineers and clinicians with a lot of experience in sleep tracking. Cofounders David Tobler and Chris Cowley are medical device engineers focused on oxygen-monitoring technology.  And cofounder Craig Pickerill is a sleep clinician and entrepreneur who built a chain of sleep labs. 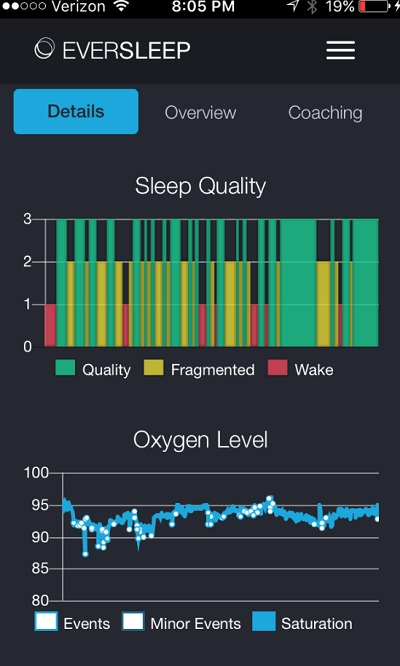 Above: EverSleep monitors how much you sleep.