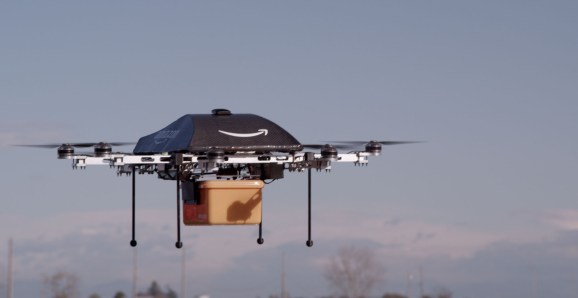 In an effort to accelerate development of drone delivery service, Amazon today announced that it is investing in a new research and development center that will be located in a Paris suburb.

The fledgling drone service is known as Prime Air, and the new Prime Air Development Center will be based in Clichy, France.

The new center will be home to about a dozen software developers, who will initially focus on creating a system for traffic management.

“This team of talented engineers will be instrumental in developing the world’s safest and most sophisticated traffic management software for autonomous drones,” said Paul Misener, Amazon’s vice president for global innovation policy and communications, in a statement.

Ultimately, the goal with Prime Air is to have a delivery system that gets orders to people in less than 30 minutes.

Amazon stressed that its in-house traffic management software would work in tandem with current air traffic control systems — because nobody wants their order of toilet paper and John Grisham novels to accidentally bring down an A-380.

In fact, when operational, the drones would operate at low altitudes.

The new French center will work in partnership with several other Prime Air development centers around the world, including in the U.S., Austria, and Israel. The announcement also comes just a few weeks after the company said it was opening a machine learning hub in the U.K.

“France is packed with talent. Its academic excellence is globally renowned, and we believe that this unique savoir-faire will play a pivotal role as we continue to innovate on behalf of customers,” added Frédéric Duval, country manager of Amazon.fr, said in a statement.