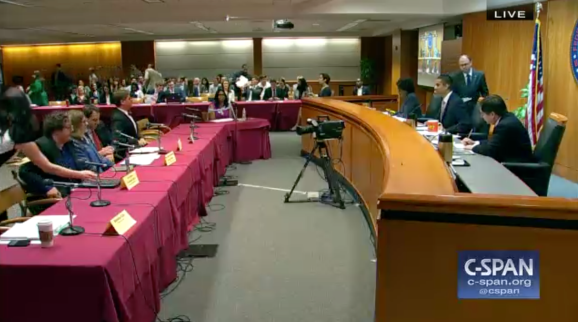 As everyone on the planet expected, the FCC voted to repeal Obama-era net neutrality regulations today. Those regulations currently enable the agency to prevent internet service providers from favoring some websites and services over others.

Led by President Trump’s FCC chairman, Ajit Pai, the agency now must think up a replacement for the current rules, as it seeks comment from the public over the summer.

Following former President Obama’s endorsement of the rules, Net Neutrality became a hot button issue for Democrats and Republicans alike. Democrats want to keep the rules and strengthen them — they say they prevent ISPs from abusing their position of power in the marketplace. Meanwhile, Republicans say the rules discourage ISPs from investing in infrastructure.

Today’s vote only scratches the surface of what’s to come — likely a lot of shouting from either side, and possibly another big Silicon Valley-led charge against the repeal. Following the protests, the FCC will vote on a replacement sometime later this year.