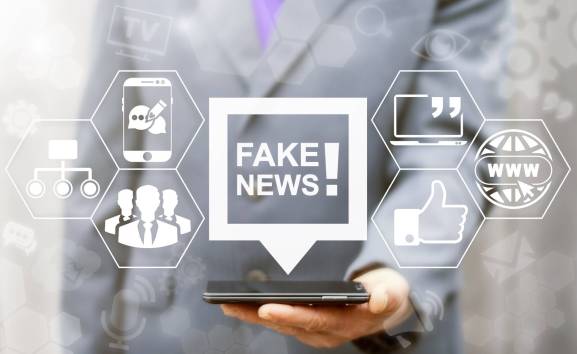 Much of the liberal Western world breathed a huge sigh of relief earlier this month when centrist Emmanuel Macron defeated far-right extremist Marine Le Pen to become France’s next president.

But there might have been another victory — less heralded, but worth celebrating.

According to data from NewsWhip, a social news content management platform, it seems the French also struck a blow against the rising tide of “fake news.”

NewsWhip was part of the Cross Check coalition — which included French newsrooms as well as Google and Facebook — that banded together to identify and combat fake news during the election cycle. During the U.S. election last year, fake news that heavily favored Donald Trump over Hillary Clinton was deemed to have been one of the contributing factors in Trump’s victory.

According to NewsWhip’s data, about 40 percent of the most-shared stories in the lead-up to the U.S. election came from sources identified as fake. In other words, 72 of the top 200 stories that people were sharing across platforms like Facebook and Twitter were totally bogus.

By comparison, during the French elections that number fell to 10 percent, or 20 out of the top 200.

“There is a fake news problem without any doubt, but what we like to do is try to quantify how bad that problem is,” said CEO and cofounder Paul Quigley, in an interview on Bloomberg TV. “When we looked at data from the last two months, in the lead-up to the French presidential election, we can see fake news is a problem, but it’s not a huge problem.”

Misleading stories were still being manufactured, particularly those targeted at Macron. But according to NewsWhip, a heavy focus on watching for fake news allowed the 37 newsrooms that were part of Cross Check to move pretty quickly.

The group was able to identify websites that were emerging as sources of fake news during the election. On NewsWhip’s platform, members could spot rising stories that originated from dubious sources, and journalists from the coalition then moved fast to debunk them.

Of course, the fight against fake news will likely never end. But it seems that Cross Check and the French elections offer a model for fighting back and some reason to be optimistic that the fight is not hopeless.