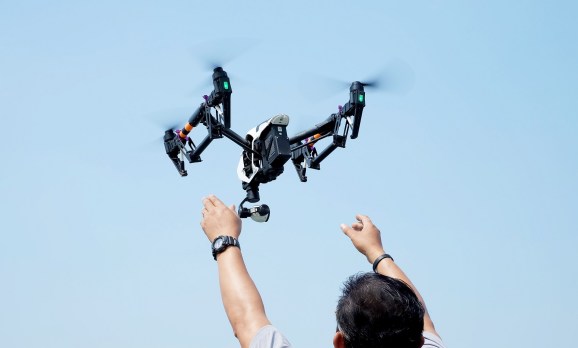 A federal appeals court has shot down a rule requiring hobbyists to register their drones.

Appeals court judges in Washington, D.C. agreed on Friday with a drone enthusiast’s challenge to a FAA requirement that all hobbyists register their drones in a national database and pay a $5 fee. People who failed to comply with the regulations, intended to promote drone safety and help identify dangerous drone operators, risked fines and jail time.

The court found that the FAA’s drone registration rule, which debuted in Dec. 2015, conflicts with previous federal legislation from 2012 that said that the FAA lacks the authority to regulate “model aircraft.” The appeals court categorizes drones as model aircraft.

”Statutory interpretation does not get much simpler,” the appeals court said in siding with plaintiff John Taylor, a drone hobbyist from Washington, DC. “The Registration Rule is unlawful as applied to model aircraft.”

Eventually, the FAA built a website for people to register their drones and created educational campaigns about flight safety. Drone owners were required to place registration numbers on their aircraft.

The FAA responded to the ruling on Friday by saying that it would review the decision before determining its next step, if any. A potential strategy is to get Congress to amend the original 2012 FAA Modernization and Reform Act that designated drones as model aircraft that were not subject to FAA authority.

“Congress is of course always free to repeal or amend its 2012 prohibition on FAA rules regarding model aircraft,” the judges said. “Perhaps Congress should do so. Perhaps not. In any event, we must follow the statute as written.”

Some of the organizations that agreed with Friday’s ruling included the Academy of Model Aeronautics (AMA), an aviation non-profit. AMA president Rich Hanson said in a statement that “federal registration shouldn’t apply at such a low threshold that it includes toys.”

“For decades, AMA members have registered their aircraft with AMA and have followed our community-based safety programming,” Hanson said. “It is our belief that a community-based program works better than a federally mandated program to manage the recreational community.”

The Association for Unmanned Vehicle Systems International, a drone and robotics advocacy non-profit, disagreed with the Friday ruling, and said that it a federal registration system “is important to promote accountability and responsibility by users of the national airspace.”

“We plan to work with Congress on a legislative solution that will ensure continued accountability across the entire aviation community, both manned and unmanned,” said AUVSI president and CEO Brian Wynne in a statement.

“The FAA must have appropriate authority to maintain reasonable oversight of UAS operations, including management of a national UAS registry, which is the first step to identifying UAS operating in the national airspace,” the Small UAV Coalition said in a statement.