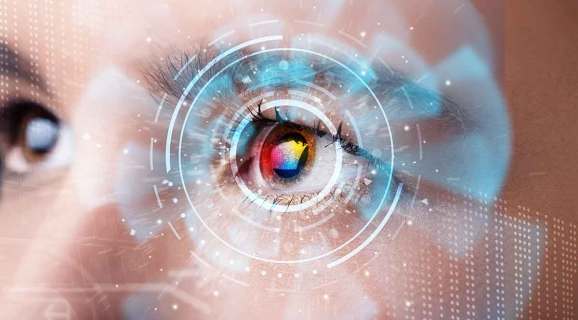 For all of the visions of robots taking over the world, stealing jobs, and outpacing humans in every facet of existence, we haven’t seen many cases of AI drastically changing industries, or even our day-to-day lives, just yet. For this reason, media and AI deniers alike question whether true broad-scale AI even exists. Some go as far as to conclude that it doesn’t.

The answer is a bit more nuanced than that.

Current AI applications can be broken down into three loose categories: Transformative AI, DIY (Do It Yourself) AI, and Faux AI. The latter two are the most common and therefore tend to be the measure by which all AI is judged.

The everyday AI applications we’ve seen most of so far are geared toward accessing and processing data for you, making suggestions based on that data, and sometimes even executing very narrow tasks. Alexa turning on your music, telling you what’s happening in your day, and reporting on the weather outside are good examples. Another is your iPhone predicting a phone number for a contact you don’t already have saved.

While these applications might not live up to the image of AI we have in our heads, it doesn’t mean they’re not AI. It just means they’re not all that life-changing.

The kind of AI that will “take over the world” — or at least have the most dramatic effect on how people live and work — is what I think of as Transformative AI. Transformative AI turns data into insights and insights into instructions. Then, instead of simply delivering those instructions to the user so he or she can make more informed decisions, it gets to work, autonomously carrying out an entire complex process on its own based on what it has learned and continues to learn along the way.

This type of AI isn’t yet ubiquitous. The most universally known manifestation of this is likely the self-driving car. Self-driving cars are an accessible example of what it looks like for a machine to take in constantly changing information, process it, and act on it, thereby eliminating the need for human participation at any stage.

Driving is not a fixed process that is easily automated. (If it were, AI wouldn’t be necessary.) While there is indeed a finite set of actions involved in driving, the data set the AI must process shifts every single time the passenger gets into the car based on road conditions, destination, route, oncoming and surrounding traffic, street lanes, street closures, proximity to neighboring vehicles, a pedestrian stepping out in front of the car, and so on. The AI must be able to take all of this in, make a decision about it, and act on it right then and there, just like a human driver would.

This is Transformative AI, and we know it’s real because it’s already happening.

Now imagine the implications of this technology applied elsewhere. Most people will likely experience Transformative AI through their jobs or industries before it directly affects the way they live. In business, the massive amount of big data that companies are collecting will be the “fuel” that AI uses to single-handedly power processes currently handled by entire teams, and it will do so with far greater precision and efficiency.

We’re seeing this in the marketing space, as brands like Cosabella and Dole Asia have replaced their digital account teams and agencies built on artificial intelligence platforms.

But these are still early days, and it will be a while before these types of stories are commonplace. In the meantime, we’ll mostly see different manifestations of DIY AI and Faux AI.

DIY AI is any artificial intelligence platform whose end goal is to make you, the user, more informed so that you can then do the remaining work yourself. This type of AI can take in and process large amounts of data to produce insights, but that’s the end of the line for it. Put another way, it’s practical and prescriptive but not curative.

Nevertheless, it can be extremely valuable to companies and organizations that have been relying on data scientists to make sense of their data manually. Even the most talented data scientists need far more time to process, analyze, and make recommendations from data than a machine does. A few of the many reasons for this is that humans require things like sleep, food, and weekends off. A more significant reason is that humans simply don’t have the same “processing power” that machines do.

An example of DIY AI is Salesforce’s Einstein. In an ad placed in the New York Times in early May, Salesforce described how Einstein “qualifies leads, predicts when customers are ready to buy, and helps close more deals.” In other words, the AI is reading companies’ CRM data, making sense of it, and setting up salespeople for more success than they’d have if they had to wade through the same data on their own. But the execution elements of the sales process are ultimately still DIY for the user.

It’s worth noting that DIY AI is often “bolt-on,” meaning that the AI is essentially bolted onto an existing technology. It then acts as the brain that makes a once “dumb” (or static) system “smart” (or insightful). For the sake of comparison, Transformative AI must be built from the ground up, meaning there are no parts of the technology that aren’t AI-driven.

The final category of AI we’re seeing is the one that spoils it for everyone: Faux AI. While DIY AI might seem lackluster or boring, Faux AI is pretending to be something that it’s not. As with any new technology that creates hype and intrigue, AI has inspired companies to prey on the public’s lack of understanding. Many of the companies doing this are re-positioning their predictive and automation technologies as AI, when really they are just offering rules-based applications that aren’t governed by machine learning.

Not to single out any chatbots, but there are a few culprits in that space. They look and act like AI agents, but they are not really using machine learning. They are pretenders.

Programmatic ad buying is a good example of an insight-driven, predictive technology that many people confuse with AI — and which often passes itself off as the same. Because programmatic technology has been around for over a decade, learning that it is “AI” (which it’s not) can leave people feeling like artificial intelligence isn’t so special.

The way AI will evolve and begin infiltrating our lives is two-fold.

Some of the more robust DIY AI out there is actually “Transformative AI in training.” The data being collected and processed will “train” algorithms over time so that they’re ultimately equipped with all the information they need to begin acting on that data (assuming they’ve been programmed to do so).  And technologists who are just getting started on their platforms will build them with AI from the ground up, rather than bolting “training wheels” on after the fact. The result will be active sources of Transformative AI that ultimately shape up into what we imagine AI can be — ideally, in the most positive way possible.

Or Shani is the CEO of Albert, an AI marketing platform.