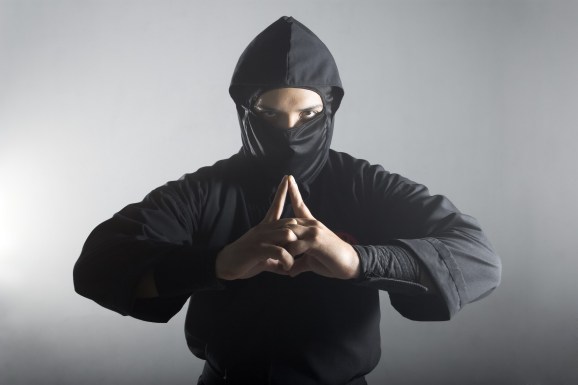 Marketing technology and advertising technology firms have heard the distant rumble of the herd of elephants for what feels like years: Consultancies like IBM, Accenture, PwC, and Deloitte would be coming onto the scene. And now it feels like this has finally come to fruition.

It’s an odd moment for ad-tech and mar-tech companies, both public and private. The agencies often represented in this industry are both “creative” and “services” at their core, regardless how deep they dive into the world of data and analytics. The platforms in our space have also become used to the aggregation of spend, inefficiency, and largesse of these agencies. These agencies have big budgets to spend on behalf of the brands they represent, they have and easy-to-understand goals: viewability, measurement, ROAS, CTR, CCR, view through conversions, engagement, brand lift, audience reach, AVOC, etc. There are a few buzzwords that nearly all of the agencies rely on, and as long as you can tailor your reporting and product to hit these metrics, the spigot of agency spend continues to flow.

Traditional advertising agencies are in a tough spot

Now, the dirty truth of it is, we all know many of these metrics are just a proxy for quality and performance. In the wake of the Moat acquisition, I’ll use viewability as an example. Viewability is often a “must-have” for an agency. But the definitions the industry has come to rely on for viewability are arbitrary, and the way viewability is measured means that some channels and platforms won’t be “viewable” at all, even though logic dictates otherwise. Nor does the current MRC definition of viewable mean very much at all, unless the audience has cat-like eyes and Einstein levels of comprehension.

Reliance on this dogma is par for the course when it comes to working with some agencies. They have goals to hit, and those goals don’t necessarily act as proxies for success. They just act as proxies for vague demands of the brands they represent.

Of course, the agencies tasked with spending the budget would counter that they have been given very strict guardrails by their clients, and that none of them can understand the nerd vomit that technology platforms emit during pitch meetings. Fair on both points.

What matters to the consultancies

Of course, this judgment about traditional agencies is a broad generalization. Some agencies like Hearts & Science have become renowned for leveraging first-party data on behalf of their clients. Still, the consultancies have a different pedigree. Companies like Accenture aren’t known, first and foremost, for their work in developing creative. They are seen as more closely aligned to the long-term business outcome of their brands rather than the ephemeral advertising campaign. That’s a different approach.

How consultancies will upend the platform market

This period will see a separation of the wheat from the chaff. Platforms that check the agency boxes of old but weren’t actually advocating for solutions that were core to their brands’ businesses will lose dominance.

The biggest frustration for platforms working with traditional agencies was feeling like you were just scratching the surface. There was a sneaking suspicion that the gatekeeper agency wasn’t interested in the bolder vision. They were more focused on presenting innovative tactics and techniques that did not necessarily create more powerful outcomes or drive long-term results. Our industry sits at the intersection of connecting ad-tech to mar-tech. We sit at the intersection of connecting people to intent. We sit at the intersection of identity and all the different places our online personas live and breathe. But those bold aims have historically only interested brands, not agencies. With standard advertising agencies, you have to pull punches.

Pitches for sophisticated solutions that bolstered more than individual campaigns fell on deaf ears because agencies were incentivized to put on blinders and hit their metrics, arbitrary as they may be. Employees of ad agencies are also easily swayed by the influence of Google and Facebook despite the continued public fumbles with measurement and metrics. Agencies became convinced that the metrics Google and Facebook are known for were the only ambitions that mattered. That was the direct result of the sheer power of Facebook and Google’s charm offensives (read: expense account) against agency employees, and it worked

However, it’s hard to believe the employees of Accenture and their peers will be so moved by these same tactics. Consultancies are famous for seeing around the corner, and their advocacy for brands will likely have an entirely different flavor. They won’t be so driven by dogmatic thinking and the goalposts of “viewable”, etc. will likely change.

What does this mean for mar-tech and ad-tech platforms? We may see a reversal of fortunes. Those who succeeded in a world of ad agencies were built for a system of selling short-term gains. In an era dominated by the business outcomes and metrics-infused culture of consultancies, the ad-tech and mar-tech platforms that are likely to succeed are more likely to support a brand’s core business (developing lifetime customers and owning the relationship with them) than a short-term sales cycle (using up the budget).

There is no question that, in this new era, there will be winners from both the traditional agencies and from the consultancy world. But what the winners from both worlds will share is an ability to help their clients market to people. Facebook and Google have proven the importance of identity-driven, people-based marketing. That’s not an easy concept, but the winners of the future will be those agencies and consultancies that can understand that and deploy it.

With the upstart consulting agencies on the scene, we’re already hearing about how established ad agencies feel: Some are nervous, some aren’t. But no one has asked how ad-tech and mar-tech platforms feel. I would bet there’s a direct correlation between how nervous you are and how much of your business is dependent on traditional ad agencies. Expect a shift from three-martini lunches to three pages of spreadsheets when it comes to your next pitch.

Dave Helmreich is COO of LiveIntent.