PandaDoc, an all-in-one software platform designed to help sales teams create and manage quotes, proposals, and contracts, has raised $15 million in a series B round of funding led by Rembrandt Ventures Partners, with participation from Microsoft Ventures, HubSpot, EBRD, and Altos Ventures.

Founded in 2013, San Francisco-based PandaDoc is geared toward helping organizations “close more deals” with a suite of tools that include document templates, editing, document tracking, and e-signature smarts, while integrating with customer relationship management (CRM) software such as Salesforce. 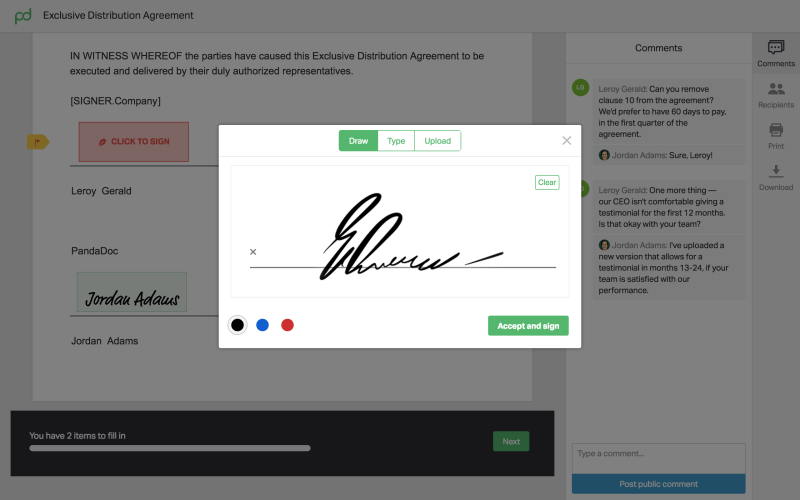 In its purest form, PandaDoc is designed to pull various functionalities from different B2B products into a single unified platform.

PandaDoc had raised around $6 million prior to now, and with its latest cash injection the company said that it plans to expedite its growth around the world. “Our business has grown immensely over the past two years, and the capital raised will allow us to serve even more customers,” noted PandaDoc CEO Mikita Mikado.

There are a number of other notable players operating in a similar sphere, including the heavily funded DocuSign, which has raised more than $500 million since its inception more than a decade ago and which is now reportedly preparing to go public. Though the companies began in slightly different places, e.g. DocuSign focused more on signing documents while PandaDoc was more about helping businesses develop and manage quotes and proposals, their respective products have evolved and to some degree converged.