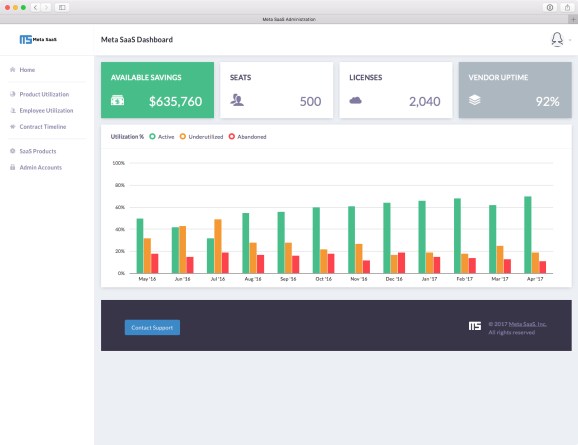 As companies gradually shift to the cloud, they naturally pile on software-as-a-service (SaaS) subscriptions. Meta SaaS wants to help these companies better manage their various subscriptions, saving them money along the way by pointing out underutilized services. The Austin, Texas-based startup came out of stealth mode today and announced a seed round of $1.5 million, led by serial entrepreneur Mark Cuban.

With companies paying for and using SaaS applications like Salesforce, DocuSign, Asana, and Box, keeping track of them all can get tricky. “There are just so many different SaaS vendors out there, it’s like herding cats,” said Meta SaaS’s cofounder and CEO, Arlo Gilbert, in an exclusive interview with VentureBeat.

Questions like “Who has access to these tools?” and “When does our contract renew?” led Gilbert and his team to roll out a SaaS product that tracks a company’s SaaS activity and alerts it to any underutilized service or upcoming contract renewal. “Auto-renewals can cost up to $10 million a year,” said Gilbert. Meta SaaS also created an employee portal that allows each employee to view tools already available at their companies to avoid duplicating accounts or contracts. 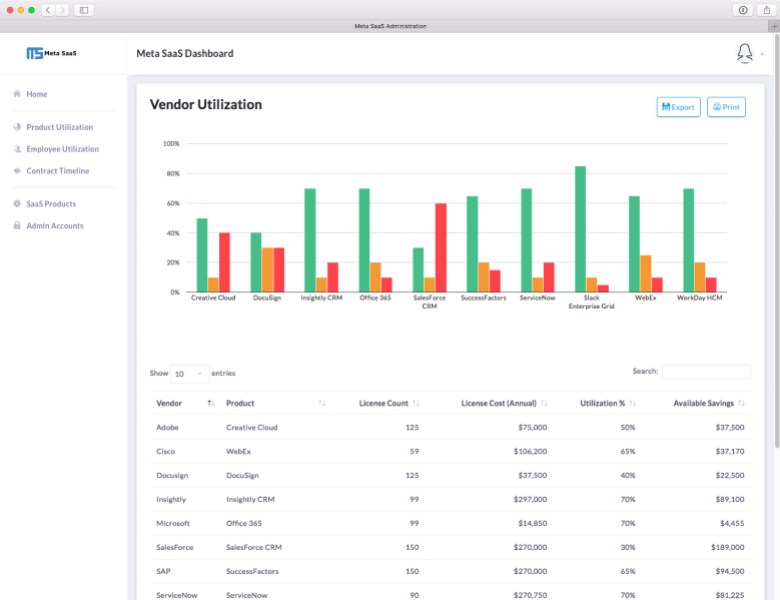 Meta SaaS claims to support 224 SaaS vendors and be adding 20 new integrations per week. Gilbert said that he hopes to cover 90 percent of the 6,200 or so SaaS vendors across the world by the end of 2018. There are currently six customers using Meta SaaS in beta, including RetailMeNot, Spredfast, and Indeed. The startup offers its own subscription model, which is priced relative to how much customers pay for and use SaaS products.

Gilbert says Meta SaaS is optimized for the cloud, which distinguishes its service from competitors like Snow Software and Flexera. “The license management tools that are currently available on the market really aren’t built for the cloud,” he said, adding that most companies still use shared spreadsheets or calendars to track SaaS subscriptions.

In the long run, Gilbert sees Meta SaaS adopting artificial intelligence (AI) to help companies automate managerial duties. “When we plug into a company’s SaaS vendors, we gain access to a massive amount of data,” he said. The startup hopes to be more than just a SaaS savings engine.