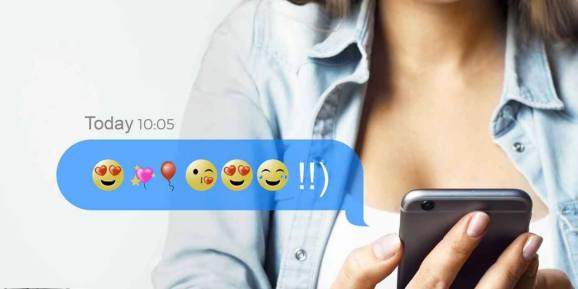 Bots hit the scene so quickly in 2016 that many people have started to wonder if they’re just a temporary fad that will give way to a new technology this year or next.

Bots are merely the interface — often just an experience delivered within an existing messaging platform. In this sense, the bot matters about as much as the cardboard box that Amazon uses to ship your items.

The intelligence behind those bots, however, matters a great deal.

So what does the future looks like for bots? It looks a lot like the future of messaging. The future for conversational intelligence, however, is more nuanced. Here are the three major evolutions that will shape the intelligence behind bots in the next five years.

Early entrants in the bot market, for the sake of accelerating their time to market and general understanding, opted to model conversations like a classic decision tree. This model doesn’t work well for full or evolved conversation primarily because no human has ever held a conversation in this manner. It’s a model of conversation that elevates the machine’s restrictions over the human’s needs.

In most machine-to-human conversations, the machine needs to understand the intent of the user before it can generate an accurate response. Once intent is identified, the machine has a predefined destination set as a goal. A linear, tree-like conversation therefore unfolds. It’s the easiest way to train a machine to solve a problem.

Of course, the linearity of this conversation is virtually opaque to the user when their intent is to attain something simple. But the conversation gets tedious the moment the user introduces competing intents. For example, a user may want to order a pizza and find out if you have gluten-free crust available. That can throw off a linear bot.

The industry will move to more circular models that better reflect how people conduct conversations in the very near future. Most of our conversations take pit stops and cover adjacent concepts in parallel to a core thread. They don’t start from the top — they often come in through the side with more bases covered than a decision tree allows for.

A circular model allows for tangents and repetition and feedback loops. While these qualities may be the bane of your day-to-day conversation, that’s how our brain functions.

The guiding principle here is not just to better solve the user’s problem — it’s about creating a natural experience the user can trust, particularly as the novelty of bots wears off. Machines can handle natural language, but they need to be able to conduct natural conversation to keep users engaging with the technology into the future.

The average consumer embraced some degree of multichannel years ago. In customer support we’ve gone from phone to email to mobile and messaging. But the truth is, no one channel is a clear favorite for all people, all the time. Even among millennials, research shows that four in 10 will switch channels if their question isn’t answered within 60 minutes.

In addition to channels, there’s also the question of platforms. Do your customers prefer Facebook or Twitter? Web or mobile apps? This is also a false choice — they prefer all of those platforms equally depending on context. And those preferences change as platforms rise and fall in popularity.

Bots, of course, are an interface that exists within other interfaces. Some bots are on Facebook Messenger, others on Slack, and so on and so forth. In five years, any new bot that a brand releases will need to have broad integrations with at least the 10 most popular platforms and channels among the company’s user base.

Gone are the days when you optimized for the 80/20 rule. Today, 100 percent of your users change their preferences on a minute-by-minute basis, and there’s no time to calculate the lowest common denominator.

The only move left in customer engagement is endpoint agnosticism. You either can deliver brand experiences wherever they want, or you can’t. In five years, nine out of 10 bots will integrate with multiple channels and platforms on day one. It’s not just the end of the “Android coming soon” mentality — it’s the end of herding customers into channels like sheep or hoping they’ll show up on their own.

Perhaps the most important evolution we’ll see in five years is that bots disappear entirely. Conversational intelligence will remain — and it will be ubiquitous on the web. But the notion of a bot will begin to recede.

It’s harder to say if a new interface will emerge. That depends too much on the fates of Facebook, Twitter, and a handful of large technology companies. But bots as we know them will become an intelligence layer that’s an integral part of every modern application, messaging or otherwise.

To put that another way: In five years any technology will be useless if you can’t have a conversation with it.

Ben Lamm is the cofounder and CEO of Conversable, an enterprise Saas platform for chatbot creation and management.